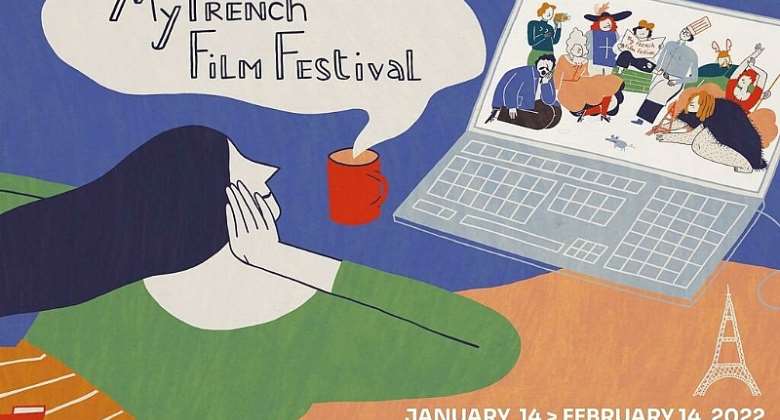 The 12th edition of the My French Film Festival gets underway from 14 January – 14 February. The online event brings 30 francophone films into the homes of millions worldwide thanks to new platforms and fifteen subtitle options. Five prizes are up for grabs chosen by an international jury and the public.

Even before the coronavirus pandemic forced many film festivals online, the MFFF, organised by public agency Unifrance, was already setting itself up as a pioneer in the field of remote entertainment.

Now with more than 70 partner platforms across the globe, thanks to newcomers in Taiwan, Indonesia and Vietnam this year, the annual event has gained significant reach.

The number of subtitle options have increased this year with Arabic, Turkish, traditional Mandarin, Greek and Hungarian added to the 10 existing availabilities.

The films on offer, highlighting the work of young and upcoming talent in the industry, are mostly from France, but also from francophone countries such as Belgium, Switzerland and Canada.

Ten jury members have been selected: five figures from the cinema world, including Belgian director Joachim Lafosse whose film Les Intranquilles was shown at Cannes 2021 and filmmakers from Argentina, Italy, Mexico and Greece.

They are in charge of deciding on the Grand Prize of 15,000 euros.

A menu of seven themes is on offer, mixing short and long formats, fiction, realism and animation, with six films shown out of competition and a section for kids.

Protests, fighting and werewolves – the category French and Furious will certainly pack a punch. Running in the long format category, journalist David Dufresne explores the question of legitimate violence in his documentary The Monopoly of Violence (Un Pays qui se Tient Sage), presented at the Director's Fortnight at the Cannes film festival in July 2021.

Using amateur footage, the spectator is thrown head first into the mélé, a witness to the heavy handed police reaction to the anti-government Yellow Vest protests in a chilling portrait of a country in turmoil.

Also under this theme, feature length film Teddy by Ludovic & Zoran Boukherma mixes realism, horror and fairytales. Set in the French countryside, a young man is attacked by a mysterious beast and his behaviour begins to change.

The Night Doctor (Medecin de Nuit) by Elie Wajeman, part of the official selection for the Cannes film festival in 2020 shows the dark underbelly of the Paris streets as part of the theme Night Tales.

Mikael, an after hours doctor who gets caught up in a pharmaceutical drug trade. Can he stop his life from falling apart?

Can opera be cool? Can you really dance properly in sneakers? Gallant Indies (Indes Galantes) filmed by Philippe Béziat, is a behind the scenes look at a modern opera in the making as part of the Bold Youth theme.

There is dancing too in All Hands on Deck (A l'Abordage), but of a slightly less professional kind. Director Guillaume Brac cast his film with students from acting school and relied on their improvisation skills.

What appears to be a light hearted summer romance in the south of France takes on different social and racial backgrounds, using a road trip as a way for the characters to develop and interact. But nothing turns out as planned.

Playlist by Nine Antico is a bittersweet comedy about two women finding their feet in work and love in the theme Troubled Identities. Meanwhile, Belgian film Madly in Life (Une vie Demente) by Raphaël Balboni and Anne Sirot is about young couple wanting to start a family.

When one of them discovers a parent with a degenerative disease, the very nature of parenting gets called into question.

Meanwhile, the subject of love and families is also portrayed in Honey Cigare (Cigare au Miel) by Kamir Ainouz in the Cinema of Desire theme. This sensual awakening of a young woman who goes against her parents' expectations opens a whole can of worms on a social and cultural level.

Strong women with leading roles are abundant in the section known asVoyage, Voyage. Calamity by Rémi Chayé is an animation western inspired by the myth of Calamity Jane, shown as part of the theme. Set in 1863, a young American girl dresses up as a boy to take over driving her father's wagon, but this doesn't go down well with tradition.

Also in this category is Skies of Lebanon (Sous le ciel d'Alice) by Chloé Mazlo, a feature set in Lebanon in the 1950s, where young Alice recently arrived from Switzerland falls in love with Joseph. But the civil war will have a say in their future.

My French Film Festival, organised by Unifrance, 14 Jan-14 Feb 2022. Short films are accessible for free worldwide, while feature films will be available on demand for 1.99 euros (or 7.99 euros for a package).

The festival is run in partnership with RFI.