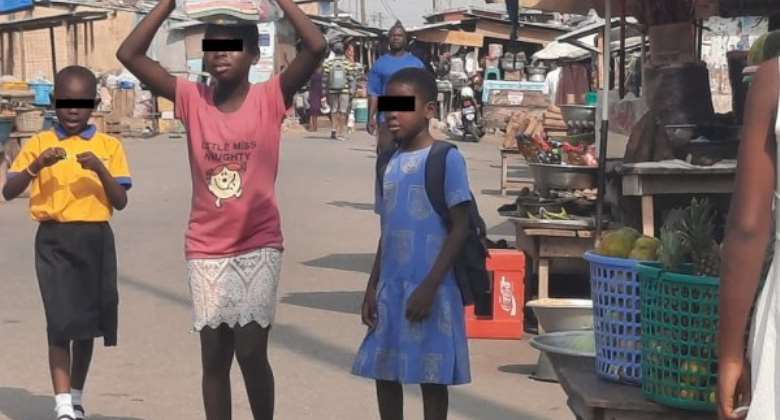 Market women at the Shukura Market in the Ablekuma Central Municipality have appealed to the Government to expedite the construction of the local market and relocate them from the Shukura-Zamrama Road.

The traders said their current location on the Shukura to Zamrama Road was unsafe because motor riders still used the stretch despite the closure of the road with a barricade.

Madam Alimatu Shaibu, Shukura Market Queen, in an interview with the Ghana News Agency during a visit to the Market, noted that many promises on the completion of the Market project had failed and asked Central Government to intervene.

The new market project is being funded by the Coastal Development Authority (CODA) under the Infrastructure for Poverty Eradication Programme (IPEP) of the Ministry of Special Development Initiatives (MSDI) at an initial cost of GH¢560,000.00.

The proposed market, expected be a two-storey block of 40 lockable shops, 40 open stalls and a crèche, will also have a retail platform with the grounds paved.

As a temporary measure to enable traders carry on with their businesses while construction works began, makeshift sheds were erected on a road - Shukura to Zamrama-to accommodate them.

The Market Queen said, for nearly 50 years, the community had yearned for a well-structured market for trading activities but to no avail.

She said though sod had been cut and construction on a portion of the project had commenced, it had stalled as the contractor had not been to the site barely three weeks after commencement, saying trading in the streets was inconveniencing them apart from low sales.

“We deserve a market too, complete it and relocate us from the streets,” she said.

Alhaji Hamidu Ibrahim Dantani, Chief of Shukura, reiterating the concerns of the market women, called on the Assembly to liaise with the Coastal Development Authority to accelerate work on the stalled project.

Mr Justice Abdomi, Head of Works, Ablekuma Central Municipality, told the GNA that the old market was deplorable and that when it rained, the women encountered difficulties, including the destruction of their wares.

He said the Coastal Development Authority (CODA) came to the aid of the Assembly and awarded a contract for the construction of the market to resolve the limited space and conditions the traders faced.

According to him, before the project started, there was a decision to move the market women to the streets after an assessment of the area to enable them to continue their business activities until the new one was fully completed.

He pleaded with the market women to exercise restraint as work on the project resumed, attributing the delay to design works.