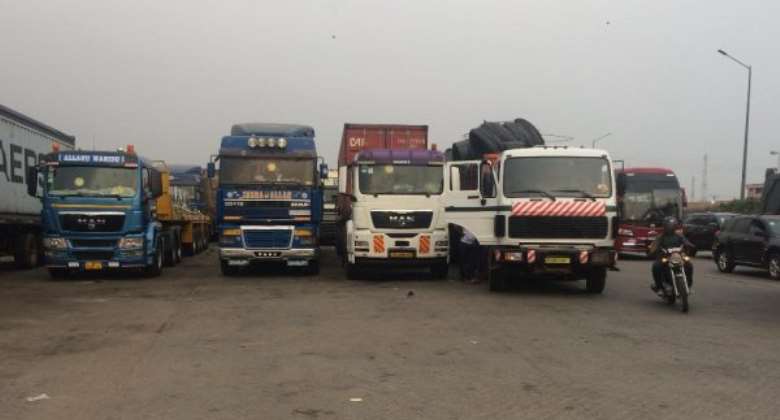 Some residents of Ashaiman as well as motorists who use the Ashaiman Tollbooth frequently called on the Motor Transport and Traffic Department and the Ghana Police Service to deal with Trailer drivers who have invaded the area.

According to residents, the trailer drivers have turned every available space into a parking place for their long vehicles creating unnecessary congestion and posing threats to the safety of other motorists and pedestrians.

According to Mr Abdul Nasir Mohammed, a resident of Tema who is a regular commuter of the stretch of the road told the Ghana News Agency in an interview that, “the unlawful parking by long vehicle drivers always causes massive gridlock, which decreased productivity.

“I am always late to work and it will be deducted from my monthly income. I am calling on the MTTD and the Police to enforce the law and maintain discipline on the motorway,” he said.

Mr Shine Mensah a resident at Ashaiman Tulaku also expressed indignation about the uncoordinated nature of parking of the long vehicles along the road.

“Unlawful parking can cause an accident because, one of the double lanes has been taken over by the long vehicles where they have parked forcing other motorists to abruptly merge into a single lane”.

Mr Omare David a Long Vehicle Driver also told the Ghana News Agency that they were forced to park at the unauthorized spaces due to the lack of parking facilities in Tema for the long vehicles.

“Drivers like me are compelled to park on a footpath lining the roads which we agree is dangerous for other road users but has no option as that has been the tradition for a long time,” he said.

Alhaji Osman Maiga another Long Vehicle Driver from Mali revealed that, “the reason behind the growing illegal parking at the Ashaiman Tollbooth is due to the high charges at the Axle weighing parking space, which deterred drivers from patronizing”.