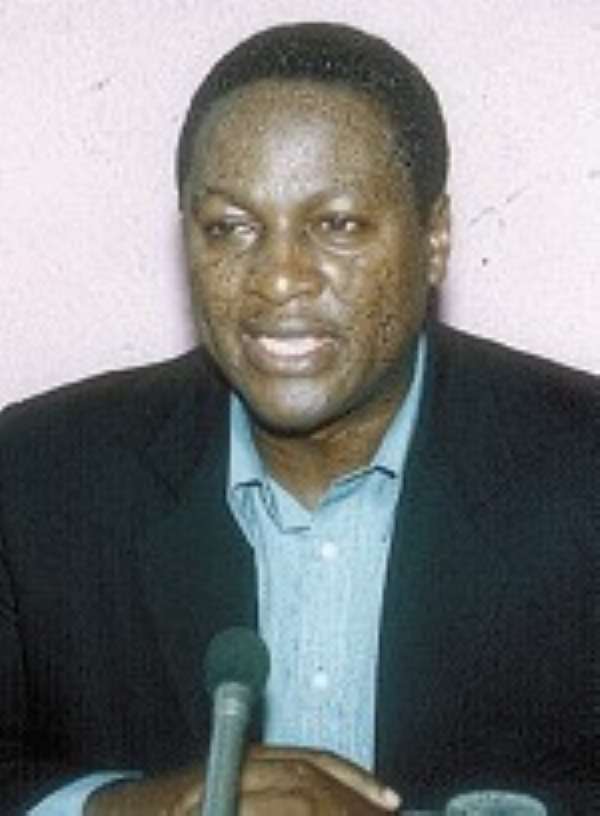 For the period he served in the Second Parliament of the Fourth Republic, colleague and friend Kan Dapaah was affectionately called “Mr. Affordability.” As Minority Spokesman on Energy, he was a very vociferous defender of consumer rights in the Energy Sector. He insisted that electricity tariffs and petroleum prices must be affordable in order to promote access and maintain quality of life of the average Ghanaian. He so harangued the then NDC government with his concept of affordability that his colleagues in parliament christened him “Mr. Affordability.” Come December 2000 and the NPP won the elections. Kan Dapaah was promptly named Minister of Energy in the new administration. Many consumers of power must have heaved a sigh of relief and thought, at last a defender of the poor and downtrodden consumer had risen to the high office of Minister of Energy. Alas! Their hopes were to be dashed irreparably. The word “affordability quickly dropped out of the lexicon of Mr. Dapaah. He subsequently presided over some of the most astronomical tariff and price hikes in the history of the electricity and petroleum consumption in Ghana. One day in Parliament House when I drew Kan Dapaah’s attention to the contradiction between his earlier much beloved concept of affordability and his conversion to the new philosophy of full cost recovery, he jokingly offered to appoint me as a consultant to repackage the concept of “affordability.” Come the major cabinet reshuffle earlier this year and Kan Dapaah was switched to the Ministry of Communications. Not being a communications person himself, he has trod quite gingerly since his arrival in the sector. ‘Mr. Affordability’ has indeed arrived in the Telecom sector. The principles underlying the two sectors, Energy and Telecommunications, are significantly different. While conservation is advocated in Energy and in many circumstances high tariffs are utilized to restrict consumption, the telecom sector thrives on the principle of universal access and aims at profitability through economies of scale by building up traffic volumes. While you can enjoy electric power all by yourself while the rest of your neighbours remain in darkness, you cannot communicate with yourself. The wider and more affordable the telecom network is, the more valuable and beneficial the system is for everyone. Access and affordability are an in-built concept in the entire product philosophy of communications. True to this philosophy, telecom/ICT tariffs have continued to decline across the world. Gone are the times when international telephone traffic attracted between 80c and $1 per minute of talk time. Today there are tariffs as low as between 1c and 2c per minute. In some cases consumers are even offered free talk time at weekends and at off-peak hours. What Telecom companies have done in response to this trend has not been to attempt as a cartel to artificially shore up tariffs. What they have done is to cut waste and trim costs as savagely as possible. To survive in the highly competitive telecom/ICT market one has to be able to deliver service at the lowest possible cost.

The significant difference in Ghana between the energy and communications sectors is that in the case of energy, very little effort has been made to cut down waste and costs. The line of least resistance has been to just pile on all these unreasonable costs onto the consumer. The current frightening expose on waste in the VRA and other energy companies is a clear indication that much of the cost build-up in electricity provision is avoidable cost.

Recently, telecom tariffs have been adjusted upwards. While mobile phone tariffs are unregulated and are dependent on competition, fixed tariffs under the terms of the license granted GT and WESTEL are subject to regulation by the National Communications Authority (NCA). The recent tariff increases provides for a flat charge of 150 cedis per minute on local circuits. There is also a much simpler 200 cedis per minute charge commingled on all four trunks. This replaced the previously more complex graduated charge based on the distance of call travel.

The main area of controversy however, has been the charge for fixed to mobile calls. The previous approved rate of 600 cedis per minute was jacked up to 1800 cedis per minute. In much of the world determination of Telecom tariffs is based on submission of verifiable costs by the telecom companies. Now the point is that if Ghana Telecom can carry a call from Accra to Bawku at 200 cedis per minute across four trunks, it is hard to justify a charge of 1050 cedis to carry a call from GT Accra to Spacefon’s interconnect point in Accra. It is also difficult to justify a charge of 750 cedis for terminating that same call on Spacefon’s network. The two charges make a total of 1800 cedis for the fixed to mobile tariff.

The whole brouhaha about fixed to mobile charges arose from complaints from GT about what they considered large out payments to the mobile operators as a result of imbalance in call traffic between GT and the mobiles. While this is essentially the case, what GT failed to take cognizance of was that the earlier fixed to mobile charge of 600 cedis, which they split equally with the mobiles, was not all their money. Their customers paid 300 for carrying the call to the mobile networks interconnect point and another 300 cedis for termination in the mobile network. The extra 300 cedis therefore represented money collected to be passed on to the mobiles, including GTs own ‘One Touch’ mobile service. In seeing the revenues as belonging to them, GT felt she was hemorrhaging in favour of the mobiles. This operates very much like the VAT. Even though it comes in as revenue and one might be tempted to consider it as part of ones money. It is meant to be collected and passed on to the real owner, which in the case of VAT is the government.

Even with the present interconnect rate of 1800 cedis for fixed to mobile, GT will keep 1050 cedis and pass on a whopping 750 cedis to the mobiles. This is a surprising windfall for the mobile operators. They had not had any complaints in terminating calls in their network at the previous rate of 300 cedis. An extra bonanza of 450 cedis is just fleecing poor consumers in favour of the telecom companies. I believe strongly that the fixed to mobile charge should not have exceeded 1000 cedis with 600 going to fixed and 400 to the mobiles.

There is a distortion in the fixed to mobile charge with inherent loss implications for Ghana Telecom. I am not sure at what rate GT is terminating international voice traffic currently. With the knowledge however that in some cases tariffs have fallen as low as 5c per minute, it means that any international calls bound for mobile networks in Ghana will be terminated at a loss. If 5c is the equivalent of 450 cedis, then an international call that has to be terminated from GT’s network into any mobile network at the current 750 cedis will represent a loss of 300 cedis per minute for GT. Considering that international call traffic represents a large percentage of the traffic between GT and Spacefon’s network, this could represent a quite significant loss of revenue to GT. This means that fixed to mobile call charges are even more expensive to make in Ghana than the cost of making an international call from USA to Ghana.

The better option to deal with the tariff problem would have been for GT to speed up its deployment of payphones nationwide, so that as much as possible access to the network will be freely available to the public. They could then apply for a significant adjustment of the line rental fee from the previous 10,000 cedis to about 70,000 cedis. This, I daresay, would be a much better way to stabilize GT’s revenues than the current adjustment in fixed to mobile tariffs.

Currently, fierce competition between the mobile operators is leading to a significant reduction in mobile phone tariffs. With the reduction in mobile tariffs, GT will have no option than to roll back the astronomical increase in the fixed to mobile charge.

There is the need to preserve the affordability of the Telecom/ICT sector. Telecoms/ICT are essential for facilitating both private interaction and business. Tariffs in this sector must be kept as affordable as possible and must be determined based on the reasonable cost of operators in carrying voice, data and video traffic. Come December this year when the bills for October arrive, the full implications of the fixed to mobile tariff hike will be felt by most fixed telecom subscribers. The arrival of Mr. Dapaah in the sector gives him another chance to redeem his reputation as a true defender of the interests of the poor consumer. Will he or won’t he? Only time will tell. But certainly all of us stakeholders in the sector must ensure that the arrival of ‘Mr. Affordability” does not disrupt the philosophy of access and affordability. The writer is an MP and the Minority Spokesman on Communications Views expressed by the author(s) do not necessarily reflect those of GhanaHomePage.