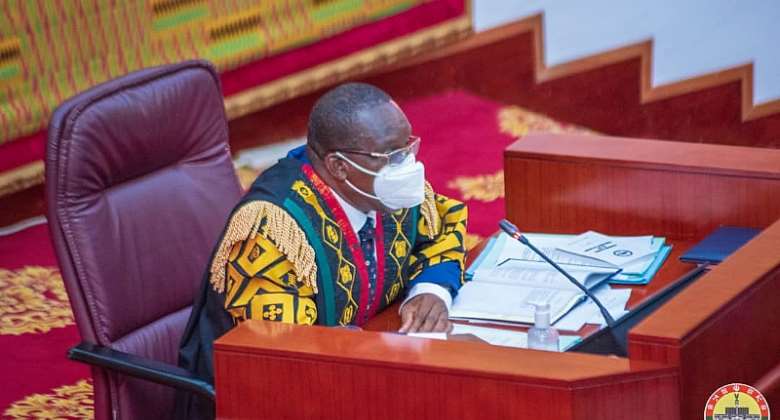 Mr. Bagbin reiterated that the rules of the House do not allow for that, the reason the Minority side resisted leading to fisticuffs in the house.

Speaking on Moomen Tonight on GTV, Alban Bagbin, noted that the incident is an indication that Ghana’s legislators are still entrenched in their partisanship.

“To be frank with you, my first Deputy Speaker was wrong in even announcing that he was going to vote and nobody could stop him from doing that… That is what led to the fisticuffs.”

“We have not still moved away from this unbridled partisanship for the national interest,” Mr. Bagbin added.

During the debate on whether to consider the controversial E-Levy, some Minority MPs rushed to the front of the chamber after Mr. Osei-Owusu announced that the Second Deputy Speaker, Andrew Asiamah Amoako, should take over the seat.

Although Mr. Osei-Owusu did not give any reason for his decision, the Minority MPs insisted that it was an attempt to enable him vote in the House.

Some members threw punches and fought their colleagues during the scuffle, while others restrained each other.

Mr. Bagbin also fired back at the Majority Leader, Osei Kyei-Mensah-Bonsu, for suggestions that he had not shown leadership during the impasse over the E-Levy.

“I presided till after 6pm and when I left, he wasn't on the floor. How can you now lead your team and now be attacking me?”

The Majority in Parliament had accused Mr. Bagbin of trying to frustrate the approval of the E-levy.

Mr. Bagbin had retorted, saying he was willing and ready to preside, but the Majority Caucus kept on varying the order of proceedings.

He said he was in the chair to the point he felt he needed to go and rest, as the Majority were delaying the business of the day.