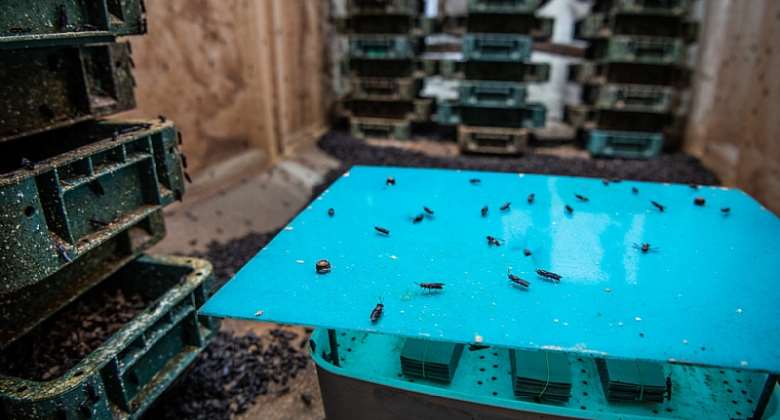 Insect and hydroponic crop farming, for both human food and animal feed, have the potential to increase access to nutritious food while creating millions of jobs, improving the climate and the environment, and strengthening national economies, according to a new World Bank report “Insect and Hydroponic Farming in Africa: The New Circular Food Economy.”

Development. “Together with other investments in climate-smart agriculture, these technologies are part of a promising menu of solutions that can help countries move their agriculture systems toward greater sustainability and reduced emissions.”

The consumption of insects is not new, with an estimated 2 billion people globally consuming insects that are collected in the wild. What’s new is farming insects specifically for human and animal consumption to provide a year-round supply of increased insect quality to meet growing demand for animal protein. Combining hydroponic crops, which use very little water and require no arable land, with insect farming is also novel and provides benefits ranging from improved nutrition to climate resilient production synergies.

Together, these technologies improve food and nutrition security while reducing waste, taking pressure off land and water resources and helping to reduce greenhouse gas emissions. They can also save farmers money and governments hard currency reserves by decreasing food, feed, and fertilizer imports and purchases. Small-scale operations can be established at low cost, opening opportunities for climate resilient jobs, including for women, youth, and refugees who often live in locations with limited resources.

Both technologies fit within a circular economic model that can supplement conventional farming. Insects can be fed organic waste - from conventional agriculture, hydroponics, leftover food or even breweries - to quickly produce nutritious and protein-rich foods for humans, fish, and livestock. Waste from insects can then be fed back into the system as organic fertilizer.

“The world needs a food production system that can feed everyone, everywhere, every day with nutritious food while providing economic benefits and protecting the environment, including in countries with few resources. A circular food economy and insect and hydroponic farming can deliver on this promise,” said Dorte Verner, World Bank Lead Agriculture Economist and lead author of the report.

Acute food insecurity is on the rise in Sub-Saharan Africa, where about one in five people is undernourished. The situation is worse in African countries affected by fragility, conflict, and violence (FCV), where 29 percent of people do not have access to enough food. The report collected the first insect farming data on the continent at the national and farm level in 13 African countries, including in FCV settings. Data collection was made possible by funding from the Korea Trust Fund for Economic and Peace-Building Transitions at the World Bank.

The number of new entrants and markets for insects around the world is increasing. It is estimated that the global market for insects as food and animal feed will be worth up to $8 billion by 2030, a 24 percent annual growth rate over the next decade. To expand insect and hydroponic farming, the report recommends establishing and piloting these technologies, then scaling them up to bring down costs and enhance their competitiveness. Currently, the World Bank is starting pilots in selected African countries with partners.

Africa already has hydroponic farms and more than 850 insect farms that produce food and feed. African insect farming using agricultural waste as feed could annually generate crude protein worth up to $2.6 billion and biofertilizers worth up to $19.4 billion. That is enough protein meal to meet up to 14 percent of the crude protein needed to rear all the pigs, goats, fish, and poultry in Africa.