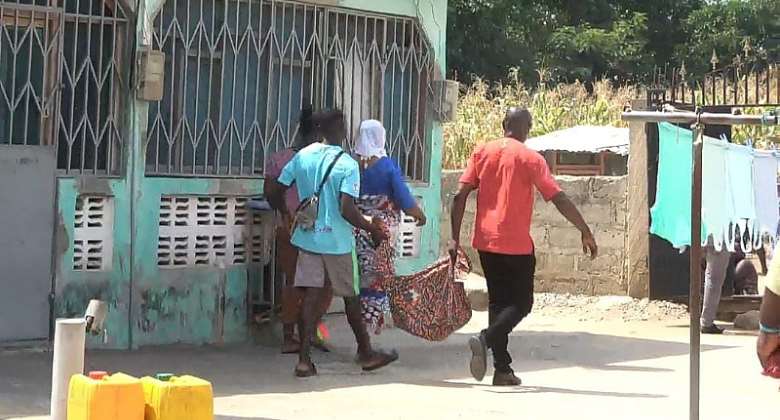 A middle-aged woman is in the grips of the Ngleshie Amanfro Police Command in the Ga South Municipality of the Greater Accra Region for allegedly assaulting her six-year-old nephew, leading to his death at Amanfrom Official Town.

Citi News sources in the area said the guardian, who’s an auntie to the deceased, often assaults him without any proper justification.

Some persons, who live in the same house with the suspect, said she sometimes locks up her nephew in her room when she is going out, preventing the boy from socializing with other children in the house.

“The suspect came to stay in our house not too long ago. I was at my shop when another tenant called to tell me that someone had killed his son in our house. But I was a bit surprised to see Mubarak Adjei dead because I barely see him. I only see two other children of the suspect in the house. Someone told me that she regularly locks up Mubarak who is now deceased in her room anytime she is going to town,” Ramatu Isha, a resident, told Citi News.

“As residents here, we sometimes warned her not to assault the innocent boy, but she never listened to us,” Naomi Ampiah another resident said.

The suspect, Madina Adjei, has been arrested by the Ngleshie Amanfro Police command, while the body of the deceased has been deposited at the police hospital morgue.