From Brain Drain To Brain Circulation: Can Ghana Harness Its Human Capital Abroad For Development? 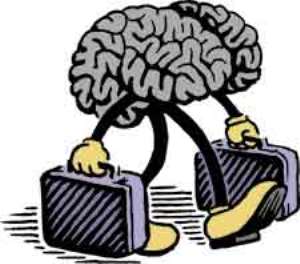 It is recommended that the government explore ways to increase the flow of remittance into Ghana to reduce its reliance on International Financial Institutions like the World Bank and IMF. Many third world countries are pursuing aggressive policies to increase the flow of remittances. For example, some state governments in Mexico have realized this potential and have promoted in the last ten years new and innovative form of public-private collaboration with the aim of increasing the flow of remittances. An amount of $9.3billion was remitted to Mexico in 2001. And the trend is expected to continue at an annual rate of 12.3 percent. My point is that if some countries can do it, then Ghana can.

It would be remiss of me to conclude this article without recognizing the various initiatives and contributions by groups like the Ghana Cyber Group, Ghana Homecoming Summit, Ghanaweb, and various Ghanaian Associations all over the globe. I applaud them for their laudable initiatives and their kind gestures. However, I think we can do more with collaboration, and recognition from the government.

In conclusion, I will say that in addressing the problem of brain drain in Ghana, the government policies should focus on fostering the utilization, contribution, and exploitation of the brainpower, and other resources of Ghanaians abroad without necessarily moving them from where they live. The emerging technologies have opened a wide array of policy options for policy formulation and implementation regarding the use of human capital both at home and abroad. Views expressed by the author(s) do not necessarily reflect those of GhanaHomePage.