A Theology Of Work: God’s Prescription For Healing Our Currency—Part 1 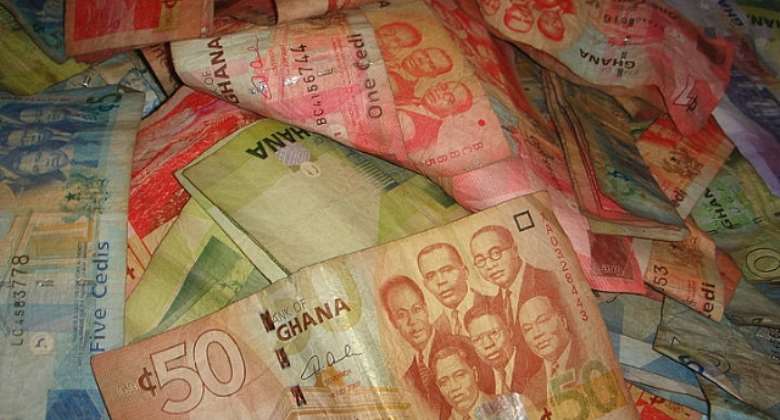 Some critics of Christianity argue that Christianity is breeding bad work ethics in Ghana because many Christians leave their workplaces to go for prayer services. Others, basing their conclusions on certain practices by the Word of Faith movement, and by extension the Pentecostal and the charismatic movements, assert that the Christian community is made up of lazy people waiting for manna to fall from the skies, and then donating the money to their exploitative pastors.

They insist that unlike the reformers, Catholics and other evangelical communities, the Pentecostal and Charismatic Christians do not put any premium on hard work, but instead spend many hours praying for miracles to occur. Others also contend that the charismatic leaders' emphasis on miracles engenders passivity rather than a good work ethic.

There are two problems inherent in these kinds of hasty generalization. First, the Word of Faith movement does not constitute the whole Christian or Pentecostal community in Ghana. Second, the critics assume that the Word of Faith movement's teachings and practices are normative for all orthodox Christians. The idea that Christianity engenders laziness is not the result of a careful study of the Scriptures, or any Christian practice based on a solid teaching of Christian doctrine. The first part of this series will first, argue that laying the root cause of bad work ethics at the feet of Christianity blurs the distinctions in the definition of the problem in our policy analysis. Second, I intend to establish from the Scriptures that Christianity as a religion does not teach laziness, sloth or bad work ethics, but rather commands its adherents to consider work as creation ordinance. The second part of the series will show that Christian principles, where practiced from sound theological and exegetical perspective, lead to innovation, investment, productivity and prosperity.

The idea that Christianity engenders laziness and low productivity in Ghana is not a conclusion drawn from any reasonable premise. The reasoning behind such statements is based on neither deductive nor inductive reasoning. The fact that anyone, Christian or non-Christian, can leave the workplace without reprimand or consequences from their bosses should be an indictment against the kind of work ethics we have created as a nation. The most logical conclusion that any rational critic can draw is that there is no accountability in our public sector, rather than that Christianity is to blame for lack of responsibility and accountability in our workplaces. If Christianity is the cause of bad work ethics, then all Christian nations will have bad work ethics. However, the evidence from other Christian nations does not support this claim.

Though Scripture declares that our God works miracles (Psalm 77:14), we are not promised that all of our worldly problems will be solved through supernatural means. The Lord has endowed us with wisdom and has given understanding to the mind. Thus, we are supposed to use our minds and our strength to deal with everyday routine problems. We are also admonished by Scriptures to work; even nuns and monks were not exempted from hard labor. St. Benedict formulated a rule for his monastery: Laborare est Orare, which means “To work is to pray.”

Christianity is getting bad press in Ghana because of the unbiblical practices of some Christians and their ministers. Some Ghanaian Christians behave as if it is a normative practice for the Christian God to rain manna from heaven all the time to feed His people. The raining of manna from heaven happened in an episode where God had to redeem His people from slavery and deliver them to the Promised Land under unique circumstances. We also hear of God using birds to feed Elijah, and the incident of Jesus feeding the multitudes. These are unique instances, however, never repeated in the rest of the Scriptures. We don't hear of New Testament Christians praying or camping somewhere to pray for manna or for the value of their currencies to rise; instead, we are commanded to work more than five days a week—six days out of seven.

The unbiblical teaching in Ghana that people can leave their workplaces and attend prayer meetings, while drawing salaries from the public purse or their organizations, drags the name of Christ through the mud. This behavior is not only unbiblical but also unethical. The solidarity of God's ordinance of labor with the creation order may be seen in its immediate connection with the Sabbath principle. Meaningful rest may be experienced by the creation only in the context of meaningful labor. One day's rest in seven clearly implies six days of labor. John Murray, one of the Reformed New Testament scholars, writes, “The stress laid upon the six days of labor needs to be duly appreciated. The divine ordinance is not simply that of labor; it is labor with constancy.”

Work has a highly religious, indeed soteriological significance in our secular society. The Jewish and Christian acceptance of work as a calling from and a blessing by God has influenced believers' attitudes to work. It is therefore not surprising that these people excel wherever they find themselves. Unlike some Ghanaian Christians, these people consider work itself a source of human fulfillment. The Protestant Reformers' view of work, with its emphasis on work as a calling, is an accurate Biblical view.

William Tyndale taught that “there is no work better than another to please God; to pour water, to wash dishes, to be a souter (cobbler) or an apostle, all is one; to wash dishes and to preach is all one, as touching the deed, to please God.” Luther taught that God in his providence had put each person in his or her place in society to do the work of that place. Therefore, we should consider whatever position God has placed us in as a ministry. Failing to discharge our responsibilities dutifully and righteously in our secular vocation violates God's ordinance.

The Scriptures are full of praise for the work of human hands, hearts, and minds. Even God is described by analogy to human work, as the one who makes, forms, builds, and plants (Genesis 2:4. 7,8,19, 23). Work skills are described as the gift of God: “the LORD has called Bezaleel…and he has filled him with the spirit of God, with ability, with intelligence, with the knowledge and with all craftsmanship” (Exodus 35:30-32, Ps. 65: 9-13; 104:22-24; Gen. 10:8-9). This theme is continued in the New Testament. The apostles were humble men who on many occasions returned to their work after being called by Christ. Jesus was a carpenter for all but the last few years of his life. Paul criticized idleness and exhorted Christians to work with their own hands in 2 Thess. 3:6. Paul himself worked with his own hands so as not to be a burden to the church. Scriptures even hint that the new heaven and new earth will include work (Isaiah 65: 21-22).

Further, the three creation ordinances of God consist of the Sabbath, marriage, and labor. These three constitute indispensable principles in the structure of the world as God ordained. The notion of the Sabbath rest can only be meaningful after a meaningful period of labor or work. It must be pointed out to the critics that Scripture did not order five days of labor, but six. Man, who was created in the image of God, was given the unique responsibility to subdue the earth and rule over every living creature (Genesis 1:27, 28). It is very unfortunate that the critics who try to link Christianity with laziness or poor work habits have not taken the time to study the Bible for all it's worth. Scriptures promote excellent work ethics.

The next article will argue against the critics' claim that Christianity engenders poor work habits from an experiential standpoint and will suggest what Christians in public places can do to help educate the general public, as well as the Christian community, about good work ethics.