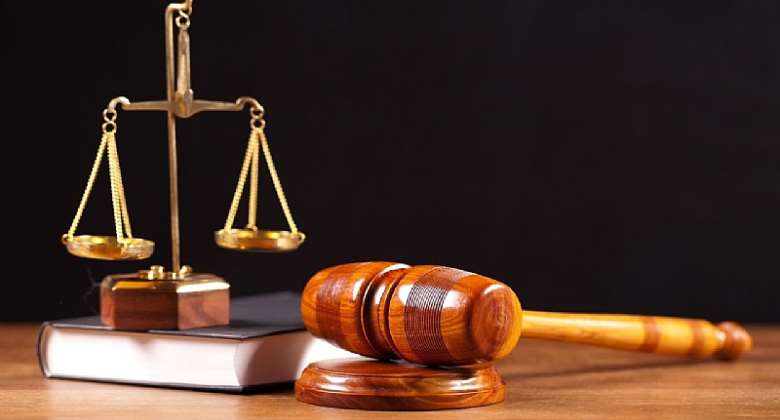 The witness, a communications specialist at the Army Headquarters, Burma Camp, has been working with the Ghana Armed Forces for nine years.

Sgt. Ghartey in his testimony before the High Court in Accra on Tuesday, December 7, 2021, identified two of the ten accused persons, Johannes Zikpi and Lance Corporal Ali Solomon, as the only two he knew.

Sgt. Ghartey told the court that he was posted to the Communications Unit at Burma Camp upon return from peace keeping where he first encountered Johannes Zikpi as they worked in the same office.

According to him, Johannes Zikpi reached out to him on three different occasions asking him how to procure a global open trunking architecture (GoTa) handset, and on all occasions, he told Johannes that the handset was not sold on the open market and that it was solely for service and security personnel.

On the directions of the lawyer for Johannes Zikpi, Victor Kodzoga Adawudu, however, the witness read out portions of his own statement which suggested that he laughed in disbelief when he was told that Johannes and others were engaged in acts to overthrow the Government of Ghana.

When lawyers for the accused person put to him that he had no information linking the Lance Corporal to any coup plot, he replied in the affirmative.

The Prosecution is expected to introduce its 5th witness in the case later on Wednesday, December 8, 2021.

Hottest Photo Reports
Catch up with all the political quotes from our politicians.
Advertise here
More from Social News
ModernGhana Links
Ghana Beyond Aid must be made a Ghanaian dream — Dev't Economist
A/R: Adugyama SHS one student dies in fire at Kromum-Afrancho
National Security needs cleansing with parazone; it's saddled with rot — Adam Bonaa
TOP STORIES

Akuffo-Addo's reaction to calls for a reshuffle is disappoin...
30 minutes ago