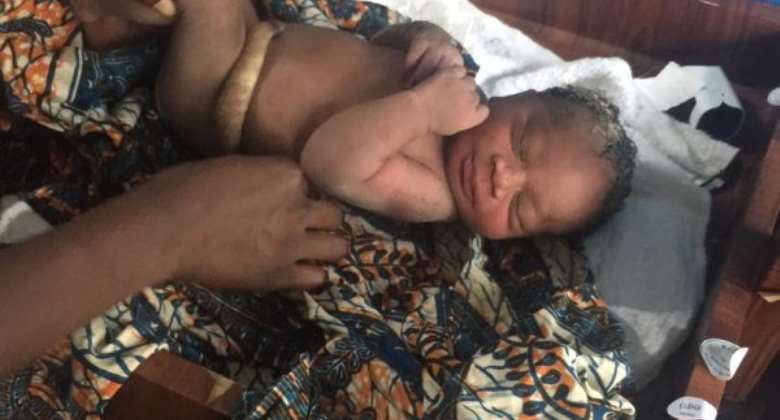 A day-old male baby abandoned in the backyard of a residential building has been rescued in good condition.

The baby is being taken care of at the Nyankumasi Ahenkro Health Centre.

Ms Gladys Dwamena, a retired teacher whose backyard the baby was found, said she heard the cry of the baby around 05:00hrs on Monday.

She only woke up to see the abandoned baby wrapped to its fate at the back of her house and quickly alerted her neighbours and later the community.

When Ghana News Agency visited the Nyankumasi Health centre on Tuesday, the baby was in a good condition and being fed with artificial milk.

According to Mr Bliss Faatah, the Physician Assistant at the Health Centre, the baby was brought in with low temperature but after its umbilical cord was severed the situation has normalised.

DSP Francis Andam, the Assin South District Police Commander when contacted, confirmed the incident to GNA and said the case is still under investigation.

The baby, he said will be referred to the Abura-Asebu-Kwamankese (AAK) District Social Welfare Unit.