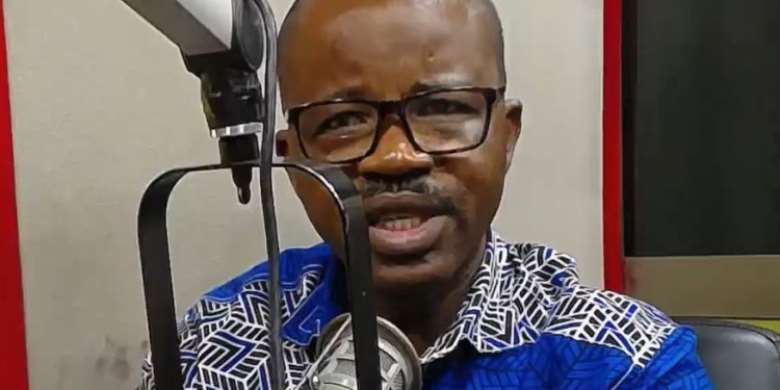 The 2020 Parliamentary aspirant for Ngleshie Amanfro constituency on the ticket of the National Democratic Congress (NDC), Alex Akuoko has registered his resentment towards the recent dramatic and chaotic atmosphere in Parliament.

He believes both sides of the House of Parliament have been blinded by ego and pride which could hinder the work of government, and retard the development of the country.

To him, it is an embarrassment to the country for the whole world to set their eyes on Ghana just to witness confusion and chaos from the law making body of the country. This he suggested could possibly ward off potential investors from the country.

“At this point I really feel ashamed as a Ghanaian. When a decision is taken by a body that is so respected, with you all in the house. Even if the decision taken is presumed to be done wrongly, you don’t need to expose the organization you belong to. Rather, you adopt dialogues to resolve the problem at hand. So that when you come out to address the public, everyone would know you are all singing the same tune. The current occurrences in Parliament paints the picture that, some of them want to prove to the rest of Ghanaians that they are in charge of the country. I think we don’t rule a nation with that kind of attitude. We need cool heads at this point and devoid of people who think their say is final.

"After reviewing the standing orders of Parliament and the arguments made by both sides of the house, you would realize they all are trying everything possible to make it suit them. That is utterly unfortunate and not in the best interest of Ghanaians and even Parliament itself. The international world have also set eyes on us with investors keen on the budget to know where to direct their efforts and resources. The attention is now on Ghana and for us to witness these events is a huge lose to the country, as we’ve given the perception we don’t conform to our rules and regulations,” he cried to Don Kwabena Prah, host of Happy98.9 FM’s Epa Hoa Daben political show.

He further suggested the power play by Parliament should be a worrying issue to Ghanaians and very dangerous to the country as a democratic state.

Hottest Photo Reports
Catch up with all the political quotes from our politicians.
Advertise here
More NDC News
ModernGhana Links
Don’t compare E-block to our infrastructural development – NDC advised
Teachers are now under threat in Ghana – NDC’s Osei Akoto
E-levy: 'Shut-up and learn from us" — Musah Superior blasts NDC
Youth must be desperate to retire failed Akufo-Addo — NDC's Julian Cobinnah to Ghanaians
We know your phony deals when you were Mayor; be wary of your utterances – Baba Jamal cautions Kojo Bonsu
2024: Mahama's name is too 'soiled' with 'corruption', 'women affairs'; floating voters will reject him, I'm the man – Kojo Bonsu
NDC flagbearer race: Mahama is a great gentleman but I will still contest him – Kojo Bonsu
Former TTAG National Treasurer eyes NDC deputy communications position in Sagnerigu
If E-levy has been passed then implement it – NDC MP to Kyei-Mensah-Bonsu
TOP STORIES