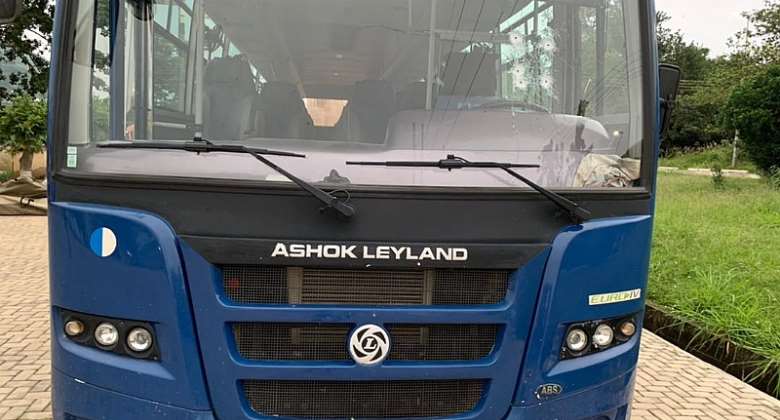 They were among 17 members of the Command’s band on board a Mercedes Benz Sprinter Bus travelling from Koforidua to Somanya on official duty.

But according to a situational report sighted by 3news.com, the driver of the bus, Kofi Asare, failed his brakes while descending the Aperede hills.

The bus consequently crashed, leaving all personnel on board with various degrees of injury.

All of them were rushed to the Atua Government Hospital in Somanya for treatment but the three were later transferred to the Central Hospital in Koforidua.

They are said to be responding to treatment.

The driver, 31, has been arrested as a suspect.