Lawlessness in Parliament by a Speaker in a hurry to Dubai 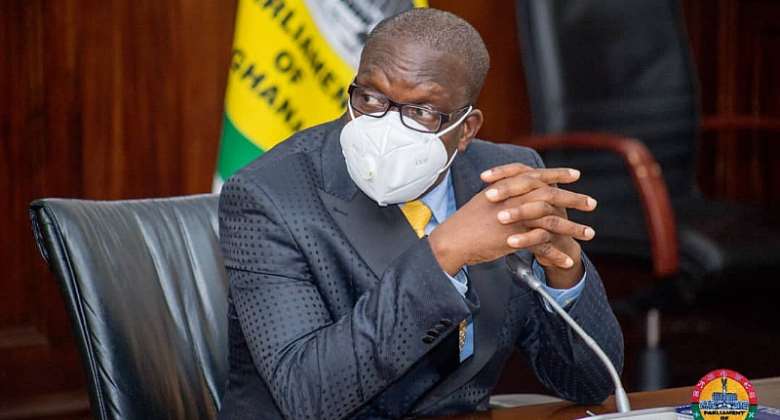 The Speaker of Parliament, Rt Hon Alban Kingsford Sumana Bagbin demonstrated wanton bias and lack of respect for the 1992 Constitution by illegally leading an unconstitutional process in parliament to reject “The 2022 budget statement and economic policy” of his excellency the President, presented to parliament by the Finance Minister.

Article 104 (1) of the 1992 Constitution and Order 109 of Standing Orders of Parliament clearly stipulate that Parliament cannot take decisions on any motion unless at least 50% of Members of parliament are present.

“Except as otherwise provided in this constitution, matters in Parliament shall be determined by the votes of the majority of members present and voting, WITH at least half of all the members of parliament.”

The Speaker of Parliament, rude as we know him to be, disrespectfully walked out the finance Minister by calling the Marshal to force him out of the chambers. However, when the attention of the Speaker was drawn to the presence of Asiedu Nketia, the General Secretary of the NDC, the Speaker failed, refused, and neglected to instruct the Marshal to walk him out. This infuriated the Majority side who staged a Walk Out, a Parliamentary tool of protest. The presence of the Minister of Finance in Parliament was to help build consensus on the 2022 budget.

When the Speaker attempted to put the question for vote on the budget, he knew or reasonably ought to have known that the minority 137 members were not enough to meet the requirement for a parliamentary decision as enshrined in article 104 referred to above, yet he shamelessly flouted the constitution and brought parliament into disrepute.

Some few minutes after the illegality and unconstitutional behaviour of the Speaker of parliament, it was announced that he was actually in a hurry to travel to Dubai for the treatment of his cancer at the expense of the Taxpayer. Where is Samuel Okudzajo Ablakwa and his assigns who protested against the minister of finance for travelling overseas to receive medical treatment that the latter sponsored out of his own pocket?

Why is Speaker traveling for medical reviews in Dubai with the taxes of the poor people of Ghana, after illegally rejecting the 2022 Agyenkwa budget? We unreservedly and unequivocally condemn Alban Bagbin for carrying his family abroad on the ticket of the state’s meagre resources for his personal medical treatment. This Political Charlatanism, Partisan Chicanery, and bigoted indiscipline must not be allowed to fester in the proceedings of Parliament that ought to be non-malignant to the general plight of the Ghanaian.

This to a large extent explains the Speaker’s refusal to listen to Hon Ken Ofori Atta on his prayer for opportunity to respond to the concerns raised by the nation-wreckers of the minority on the e-levy and Keta tidal waves.

Fixing The Country Ghana is calling on the majority caucus in parliament to return to the House on Tuesday at the earliest to reverse the illegality and unconstitutionality of Alban Bagbin’s extremism, and approve the 2022 budget for the people of Ghana.

We say NO to Alban Bagbin’s Parliamentary Terrorism!

Hottest Photo Reports
Catch up with all the political quotes from our politicians.
Advertise here
More Press Statement
ModernGhana Links
Challenging Heights Rescued 153 Children in 2021
Press Statement On Need For Government To Prioritise Science And Technology In 2022
Press statement by the Ghana Agricultural and Rural Development Journalists Association (GARDJA) on what government’s agricultural priorities should be in 2022
APGF: Message of condolence- Archbishop Desmond Tutu
Statement from Mo Ibrahim on the passing of Archbishop Desmond Tutu
Government Must Consider Changing Its Leadership In Parliament -Stranek-Africa
Economic Policy And Financial Statement Of The NPP Government For 2022 Financial Year And Matters Arising
End violence against women: WHO
CCCFS© Calls on Government to Fast Track Support for Victims of the Storm Surge in the Volta Region
TOP STORIES