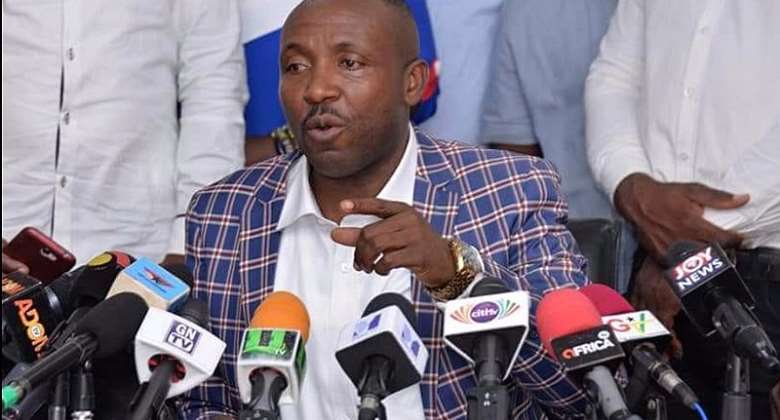 The General Secretary of the governing New Patriotic Party (NPP), John Boadu, has called on Ghanaians to reject the propaganda of the opposition National Democratic Congress (NDC) on the proposed E-levy.

Members of the Minority in Parliament have lambasted the government against the introduction of the e-levy.

They have insisted that the levy is regressive and would compound the suffering of the masses.

The Minority has thus warned that it will vote against it during the passage of the 2022 budget statement.

However, Mr. Boadu in a Citi News interview on Thursday, November 25, 2021, said the NDC believes the tax is an innovative way of raising government revenue.

He is thus asking Ghanaians to reject their stance against the e-levy.

“When we were bringing the ‘Talk Tax’, they kicked against it. They demonstrated against it but at the end of the day when they came to power, they didn’t remove it. They rather increased it because it was an innovative way of raising revenue.”

“So I believe that they believe this is an innovative way of raising revenue and I can assure Ghanaians that they will never withdraw this tax when they come to power. So Ghanaians should ignore them.”

Meanwhile, the Communications Director of the party, Yaw Buaben Asamoah, also in a Citi News interview asked Ghanaians to support the passage of the levy and demand accountability for same.

“I will be the first to admit that governments after governments records on delivery of public services, public goods have not always been the best in terms of the expectations of the people, but sometimes it is also because of the short funding mechanism that is why you have so many government assets abandoned across the country.”