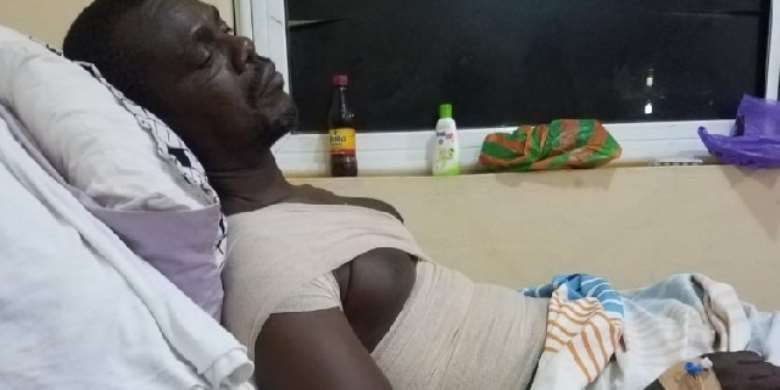 The misunderstandings that led to the alleged beating of Alhaji Suleman Brempong, the main opposition National Democratic Congress (NDC) secretary for Techiman South Constituency in the Bono Region was as a result of some party faithful believed to be supporters of the Constituency Chairman, Ahmed Nufhawa parading themselves as in-coming executives and doing the job of elected officers.

According to Issah Mahamadu, the NDC Communications Officer for Techiman South there are plans cooked by the Constituency Chairman and his cohorts to oust the elected officers who he believes are not on his side.

Alhaji Mahamadu assigned these reasons to what led to the beatings at the meeting on the 'Ghana Yensom' morning show hosted by Kwame Appiah Kubi on Accra100.5 FM.

He mentioned the individuals who have been parading themselves as in-coming executives with the support of the Constituency Chairman as Abdul Hamid Zakaria, Daniel Mensah, Kape, Owusu Kumah, and Auntie Merri among others.

He said these individuals rain insults on the current elected executives at the least opportunity in the Constituency.

He said these individuals with the support of the Constituency Chairman hold and steer party meetings.

“These people hold parallel meetings whilst the elected officers of the party sit aloof,” he stated.

Earlier, the Techiman South National Democratic Congress (NDC) Secretary, Suleman Twih Brempong, was allegedly attacked by a group of men during a Constituency executives meeting at Tanoso, a suburb of Techiman, on Tuesday, in the full glare of almost all constituency executives.

He further alleged that it was a “planned thing.”

The cause of the attack remains unclear. Sources, however, say the attack may be linked to an incident within the Techiman South NDC during the 2020 general elections.