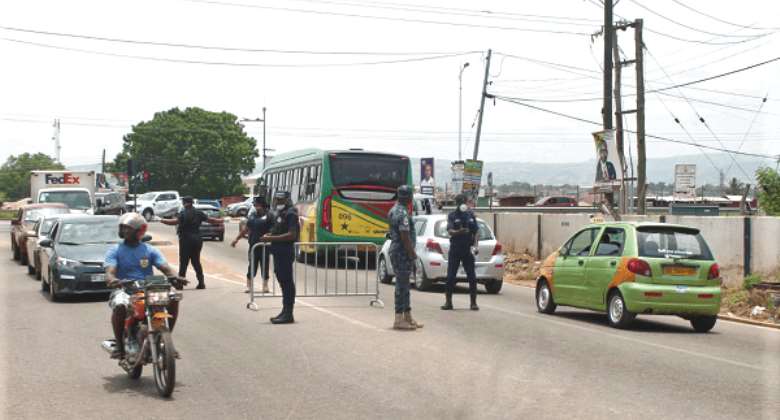 The Deputy Secretary of the New Ghana Transport Union in Kumasi in the Ashanti Region, Mr Mohammed Habib is calling on the Inspector General of Police (IGP) Dr George Akuffo Dampare to advise his officers to stop harassing drivers who ply on the Kumasi-Techiman Highway on minor offences.

Speaking to the ModernGhana News Correspondent in Kumasi in an interview, Mr Habib disclosed that his outfit has received several complaints about the harassment of their drivers by the police on minor offences at checkpoints.

"We cannot tell the police to stop discharging their lawful mandates, we really appreciate their supports, but we are pleading with the IGP to talk to the officers on the roads, especially those on the Kumasi- Techiman to stop chasing our drivers on minor issues," Mohammed Habib indicated.

He added that sometimes the police arrest and detain the drivers for over three days without any offense, a situation he said, compels the drivers to use dangerous and unapproved routes.

He called on drivers to be law abiding and ensure they keep all necessary documents with them to avoid harassment and arrest.

Mr Habib took the opportunity to caution the drivers to avoid unnecessary over taking, overspending and other road traffic offences.

"I think there will be absolute peace if the drivers also respect the laws of the country," Habib concluded.