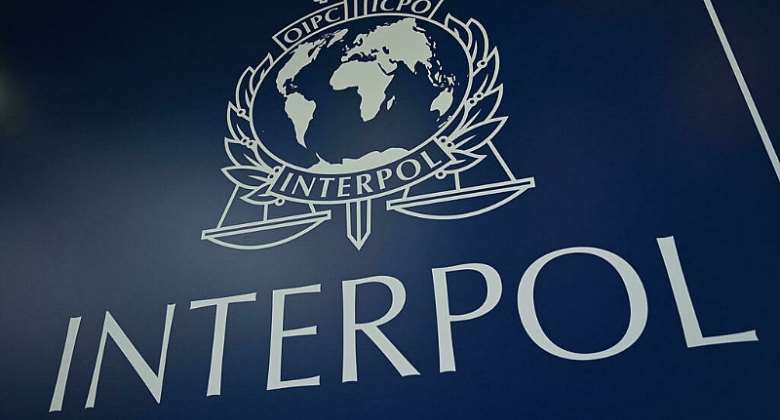 Interpol is holding its annual meeting in Istanbul to discuss crime trends and to hold its closely-watched election for the France-based international police body's new leadership.

Some 470 police chiefs, ministers and other representatives from more than 160 countries are attending the three-day General Assembly, which is scheduled to vote on Thursday to elect a new presidency and executive committee members.

On Tuesday, delegates voted to admit the Federated States of Micronesia, raising the number of Interpol members to 195, according to an Interpol statement.

The election of the new president is being watched  closely since the first-ever Chinese president of the body, Meng Hongwei, disappeared in the second year of his four-year term on a return trip to China in 2018.

Corruption charges
He appeared to have been detained and sentenced to thirteen and a half years on corruption charges. Subsequently, Interpol announced that Meng had resigned from the presidency. He was then replaced by vice president, Kim Jong Yan from South Korea.

Kim Jong Yan's replacement, the appointment of whom has been postponed for a year because of the Covid-19 pandemic, will be elected for one four-year term.

However, controversy surrounds the Interpol elections. Two candidates - one from China and one from the United Arab Emirates, - are the  target of widespread criticism.

Torture claims
One of the candidates for Interpol's presidency, Major General Ahmed Naser Al-Raisi, the inspector general with UAE's interior ministry, is accused by human rights groups of involvement in torture and arbitrary detentions in the United Arab Emirates.

The only other candidate for the position of president is Adamu A. Mohammed, the Inspector General of Police of Nigeria.

Criminal complaints have been filed against Al-Raisi in five countries, including in France, where Interpol has its headquarters and in Turkey where the election is taking place.

"He is obviously not a great candidate for such a position," Laura Harth, campaign director of the human rights NGO Safeguard Defenders told RFI.

Forced disappearances
The other controversial candidate is Hu Binchen, an official at China's ministry of public security (MPS)  who is expected to stand for a vacant spot on Interpol's executive committee.

Hu competes with two other candidates, William Koh Siang Yuan, a Singaporean assistant commissioner of police, and Praveen Sinha, a vice-director of the Indian Central Bureau of Investigation, for two positions as Interpol Delegates for Asia.

"The MPS is accused by UN special procedures of extensive use of torture and forced disappearances. So we are very worried that such a person could serve at an international policing body," says Harth.

Although the position of Interpol chief is a more "ceremonial" position, Harth observes that the previous president, Meng Hongwei, "moved to the offices in Lyon and took some Chinese staff with him, playing a more active role."

Human rights organisations such as Safeguard Defenders point out that since China's president Xi Jinping initiated his anti-corruption drive that landed thousands of people in jail, the amount of Interpol "red notices" against Chinese suspected criminals has increased considerably.

A 2017 article on the website of China's official CGTN Tv station proudly states :"The scene of fugitives being brought down from a plane has become familiar in China". This since Beijing started its anti-corruption campaign in 2013.

In a bizarre twist of fate, Interpol's then Chinese president himself was "disappeared" and sentenced to a  jail term. His wife, Grace Meng, asked, and was granted, political asylum in France.

“It's a fake case," she said in a recent interview with AP. "It's an example of a political disagreement being turned into a criminal affair,” she said.

“The extent of corruption in China today is extremely serious. It's everywhere. But there are two different opinions about how to solve corruption. One is the method used now. The other is to move toward constitutional democracy, to solve the problem at its roots.”

She also expressed concern for Hu Binchen. "If Mr. Hu sympathizes with us or helps us, or expresses kindness toward us, that will mean that he will be violating party discipline."