One arrested for killing, dumping 60-year-old man into toilet manhole 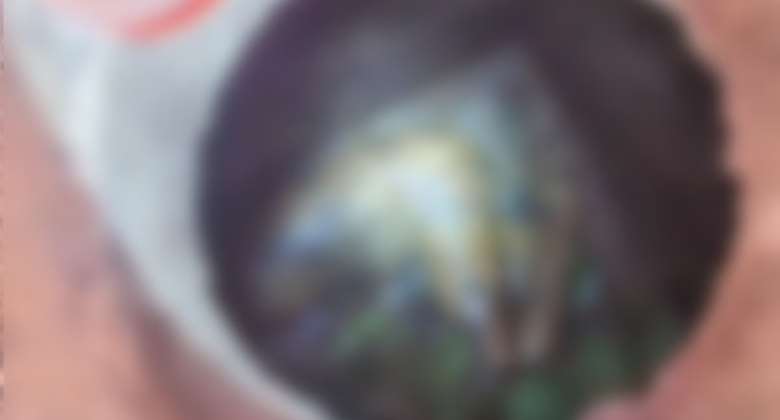 One Tetteh Ofoe is in the custody of Battor Police in the North Tongu District of the Volta region for allegedly murdering a man believed to be in his 60s.

Deputy Superintendent of Police (DSP) Mrs Effia Tenge, Director of Public Affairs Volta Regional Police Command said on November 23, this year, someone (name withheld) visited his toilet at dawn and noticed a piercing odour and went for a flashlight to check what was responsible for the stench.

Mrs Tenge said the person detected a dead body in the pit and informed the Police and together with Mr Edward Kikrobeti, the Assembly member of Battor, Environmental health officers and some elders proceeded to the scene.

She said when the team removed the cement slab covering the pit latrine, a male adult believed to be in his 60s was lying dead in it.

The Director of Public Affairs said on-the-spot inspection showed the hands and the right thigh of the deceased were severed off with maggots all over it.

Mrs Tengey said preliminary investigation led to the arrest of Ofoe as the one behind the murder.

The Director of Public Affairs said a search conducted in Ofoe's room revealed two cutlasses and suspected blood stains on his porch.

The body of the deceased was conveyed and deposited at the morgue of the Battor Catholic Hospital for preservation and autopsy, she said.

Mrs Tengey said the two cutlasses were retrieved and the suspect is in Police custody assisting the investigation.

Covid-19: Pre-packed snacks should be served in planes to cu...
59 minutes ago