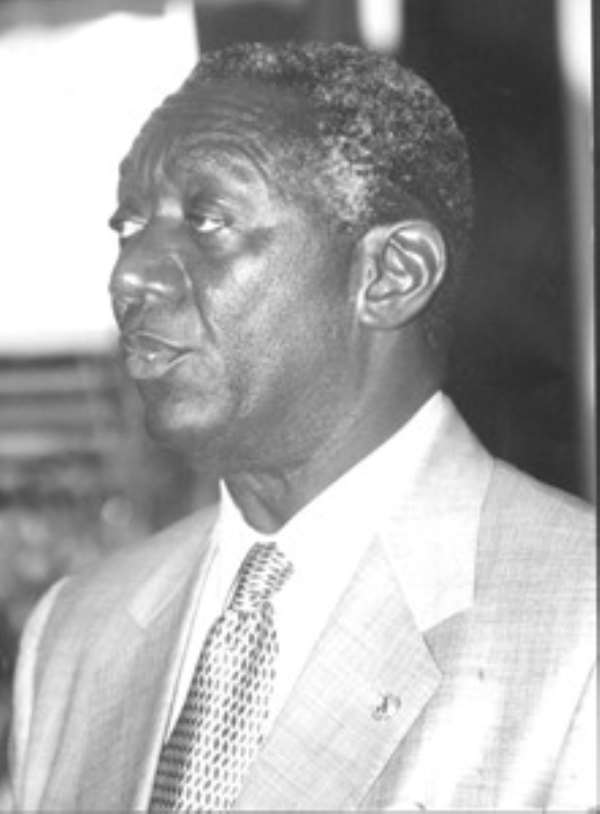 Public Agenda On the political front, there are no serious challengers to the Kufuor for Second Term Machine, well oiled for a successful landing in 2004. Internal wrangling besets the National Democratic Congress, the main opposition party. In addition to back-biting within, the major opposition party has its image seriously dented by shocking revelations at the National Reconciliation Commission that those who seized power by force of arms and used state resources to legitimize their illegitimacy in the process of which they gave birth to the NDC, committed very grave violations of the rights of Ghanaians.

What is proving to be a major stumbling block on the path of the New Patriotic Party's Administration's quest for a second successive mandate from the people of Ghana, is the state of the economy and particularly the pressure on the government from both internal and external forces for it to divest key sectors of the economy into private control.

The controversy created by the decision to invite private participation in the running of water has still not subsided. Currently, though, there is reason for the anti-privatization of water lobby to rejoice. Credible evidence suggests that many of the foreign water companies who initially expressed interest to come to Ghana to run water are dragging their feet. Apparently, the business is not as lucrative as first thought.

Another school of thought holds that the pressure mounted by the anti-privatization lobby has sent shock waves down the spines of those foreign firms who initially expressed interest in Ghana water.

As the anti-privatization water lobby raised their glasses to celebrate their partial victory, a time bomb began ticking under the government's ability to manage the economy efficiently. Under pressure from the International Monetary Fund to divest into private control the 46.1 percent share the state has in Ghana Commercial Bank, President John Agyekum Kufuor addressed the 50th anniversary celebration of the founding of the bank in 1953 and gave mixed signals.

In one breath he was espousing the state's right to cater for its own. In another, he was warning that nationalism alone would not be enough to steer affairs of state, a clear message to Ghanaians that the Government would not be able to stem the tide of IMF pressure to dispose of the state assets in the financial institution.

An IMF document, sighted by Weekend Agenda states thus: The divestiture of GCB is sufficiently important from the point of view of the overall soundness of the banking system that it will serve as a structural benchmark under the government's Poverty Reduction Growth Fund (PRGF)-supported programmed for 2003, with a target of not later than September 30, 2003 for cabinet approval of the winning bid.”

To rub salt into the gaping economic wounds of Ghanaians, the IMF document stated categorically that had Ghana Commercial Bank not been state-owned, the Government would not have called on the bank to bail it out to the tune of two trillion cedis in the Tema Oil Refinery crisis.

The proposed sale has attracted opposition from all manner of people who believe giving away the jewel in the crown would worsen instead of improving the economic prospects of this country. K.B. Asante, a retired diplomat with strong views on national affairs asked the government to work hard to retain confidence in the bank instead of selling it.

“It is not necessary to go looking for a strategic investor, who would virtually just source money from outside and come here to buy the stated shares,” he said. “Always looking outside is a vote of no confidence in ourselves.” He warned the government to be careful: “If they fail, we fire them.” The government's dilemma is how to convince Ghanaians that it has the capability to look after state resources when they are unable to resist the pressure to dispose of major assets.

Just as Ghanaians were bracing themselves to know the fate of Ghana Commercial Bank, news started trickling in of merger talks between Ashanti Goldfields Company, the state flagship firm listed on both the London and New York stock exchanges and South Africa's largest gold mine, AngloGold.

According to sources the $1.2 billion deal would create a pan-African gold company of around 7.6 million ounces, making it “comfortably larger than North American producer Newmont, which at a shade 7 million ounces is the world's current number one.”

The proposed name for the new company is Ashanti AngloGold Group with joint headquarters in Accra and Johannesburg.

“The boards of Ashanti and AngloGold are in discussions regarding a proposed merger of the two companies at a ratio of 26 AngloGold shares for every 100 Ashanti shares or global depository receipts,” insiders in the gold business told Weekend Agenda.

Question marks though remain around the deal. “Top of the list,” according to Castle sources, “remain the stance of the government” of John Agyekum Kufuor already reeling under the IMF pressure to sell Ghana Commercial Bank. The state has 17 percent in AGC in addition to the “Golden Share in Ghana's most prized possession.

According to sources in the business, the golden share confers a range of special rights on the state over and above its status as the second biggest shareholder. These include a casting vote –or effective veto –on any merger or major corporate activity.

Sources say the talks are stalled by government's silence on the issue. “What AngloGold is seeking is a clarification on the golden share after the merger since the combined company will be made up of six Ashanti mines and AngloGold's 20,” a south African source told Agenda.

A source with the inside workings of Ghana politics told Weekend Agenda that the Government of John Agyekum Kufuor would accede to the merger at a very serious political cost. There is every reason for the President and his team of economic advisers to tread carefully.

The NPP may not have much in political opposition to its rule. If they mess about by privatizing state resources and allow a foreign company to take over Ashanti Goldfields under the guise of a merger, dark clouds could gather over the smooth running of the government. A word to the wise, someone reminded this reporter, is in water, GCB and Ashanti goldfields Company.