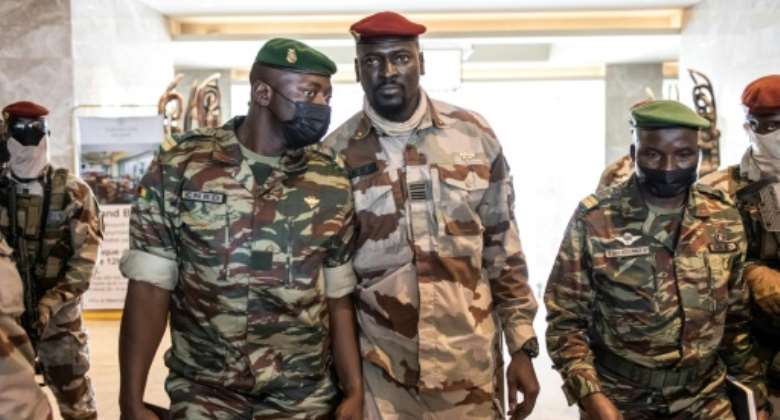 Guinea's junta leader Mamady Doumbouya said his country could "solve" its own problems, just days after the ECOWAS grouping of West African states hardened its stance against Conakry.

The Economic Community of West African States (ECOWAS) has suspended Guinea from the bloc and slapped sanctions against individual junta members and their families in retaliation for a September 5 coup that deposed president Alpha Conde.

It has called for the "unconditional release" of Conde, 83, who has been under house arrest since his ouster.

Worried about the impact on the area after neighbouring Mali was also hit by two coups, the grouping has designated a special envoy for Guinea and called for elections be held within six months.

In a televised interview on Sunday evening, Doumbouya said Conde was being treated well but that his future would be decided by Guineans.

The country's new strongman, who was sworn in as interim president last month, said he was against the nomination of a special envoy as well as the six-month timeframe.

"I think we are intelligent enough to solve our problems together," he said.

"We just want to solve our problems internally."

He did not mention how long it would take for a return to civilian rule and denied accusations he was "purging" the government and institutions.

The junta has so far dissolved the government and institutions and replaced ministers, governors and prefects with administrators and soldiers.

Doumbouya, a 41-year-old former French legionnaire, accused Conde of corruption and authoritarianism when he seized power in September.

Conde became Guinea's first democratically elected leader in 2010, but last year sparked mass protests when he changed the constitution to allow himself to seek a third term. Though Conde was re-elected, his critics denounced the poll as a sham.