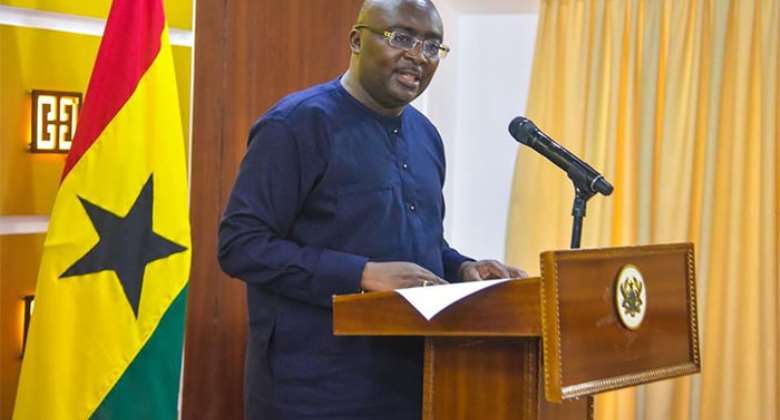 When we were students in the sixties, our teachers told us that the acronym, BUSIA meant Best University Scholar In Africa and we believed in that. The academic laurels of the late Professor Kofi Abrefa Busia was known worldwide. He used to be a visiting professor in many overseas universities and we wondered how a black man could stand before white men and teach them, give them exercises and mark them as well.

When Professor Busia became the Prime Minister of Ghana, his academic brilliance translated into the way he managed the economy. In less than two years the man translated the hitherto battered economy to an appreciable level. In fact, Ghana was gradually cruising to the end of the tunnel when the Khakii Boys, led by Colonel Kutu Acheampong usurped power. Busia built roads, schools, health centers, revamped the factories built by Dr. Nkrumah which were rundown by the soldiers and improved the standard of education in Ghana. It was Busia who opened up the country by constructing feeder roads across the length and breadth of Ghana. Few Ghanaians today know that it was Busia who first introduced Junior Secondary school in Ghana. It was then called Experimental School and he started the project on pilot basis. Every district had at least one Experimental School. It was when he died that scientists told us we could have extracted his gene and stored it for studies purpose. The man was super brilliant.

Many years after the death of Busia, another academic whiz-kid has emerged in Ghana in the person of Alhaji Dr. Mahamudu Bawumia. I sat glued on my seat while listening to this man during his delivery at Ashesi University. At a point in time during his powerful delivery, I jumped up from my seat and started clapping my hands even though I was alone in my room. Call it a one man standing ovation and you will be right. He made the issue of digital economy so easy that even the JHS one student understood him. The intermittent ovations he received from his audience which included academic gurus and some diplomats attested to the fact that the man is a genius and an asset to Ghana as a whole.

A day after his brilliant delivery, I was watching my black and white TV during the Mpensenpensemu newspaper review programme of Adom TV hosted by Omanhene Kwabena Asante, my darling kid on the block when I heard Kwaku Boahen the Deputy National Communication Officer of the NDC making a mess of himself. The guy is crude and an ignoramus. He was beating about the bush and did not understand a bit of the digital economy Dr. Bawumia was talking about. If such half-baked literates can rise to become the National Deputy Communicator of a political party seeking to rule Ghana, then cry, the beloved country. The guy was talking as if he was just dug out of the hole in a deep forest. I wonder whether he has children of his own.

Sometimes I refuse to blame people like Kwaku Boahen. Producers of such serious programmes should learn to get people who are knowledgeable on topical issues to address viewers and listeners. If you watch foreign news outlets like Aljazzeera, Dutch Welle, CNN, BBC, France 24 etc. and you compare knowledgeable men and women invited to address issues to a village educated crude persons like Kwaku Boahen, you begin to think if we are serious at all. But on a second thought, I do not blame the producers too. Because here in Ghana, if you want an officer from any department or university who is well versed in a topical issue to appear on TV and share his experience, you fine it difficult to get one. They simply refuse to share their knowledge to we the less endowed ones and that too is very dangerous because such behavior doesn't help in shaping society for the good of the nation. It doesn't help to carve a nation. Those who refuse to share their knowledge are doing more harm than good to Ghana. These are the people who should be told to fix the country with their God-given knowledge. It was this same Kwau Boahen who went round the galamsey mining areas to lie to them that if the NDC is voted to power, galamsey will be opened to anyone who wanted to do the work. He said the government did not create jobs so Nana Addo has no moral right to ban galamsey. He received astanding ovation wherever hewent. Because his naked lies did sink in, the NPP lost all the seats at the galamsey mining areas in the 2020 general election. NPP communicators must expose this guy and dilute his poison.

In the beginning or at the beginning, NDC apparatchiks said Dr. Bawumia had no constituency and so he was not a threat to the NDC. They made it look as if Dr. Bawumia dropped from the sky and landed in Accra.They did not know that the father of Bawumia, the great politician and former Chairman of the Council of State was from Walewale. In fact, few knew Dr. Bawumia was the Deputy Governor of the Bank of Ghana because you cannot make him out of the crowd. Even in such a high position, he stayed illusive like a KGB or MOSSAD secret agent. Even some supporters of the NPP said he was not carved out to be a politician in Ghana simply because he was so soft and too gentle and polite for the political environment of Ghana.

Then he started giving thought-provoking lectures and exposing the economic mess the then ruling NDC government had plunged the country into. He predicted that in no time, the Mahama-led administration will go to the IMF for a bailout. The NDC called him a prophet of doom. He kept quiet but when the right time came, the NDC run to the IMF for a bailout to try to save the ruining economy. One of the conditions as Bawumia told Ghanaians was a ceiling in the employment of public servants and that too came to pass. He prophesized that about eight banks will collapse in Ghana. The NDC hawks jumped on his neck, calling him a fake economist. Before the chickens would come home to roost, that too came to pass. That was when people started to fear him and that was why the NDC hated to love him. He became a torn in their flesh and they attacked him with unprintable words, firing from all cylinders. He quietly replied that “these people don't read.”

Today, the man who they say has no constituency is riding high in the political landscape and his name has become a household name. Today, because of Dr. Bawumia, the northern regions which used to be a no go area for the NPP is slipping away from the grip of the NDC who thought they could fool the people there every time. I sincerely believe that if the digitization of the economy comes to pass as it has started happening now, Ghana will take a quantum leap towards meaningful development. The NDC is very much afraid because the success story that we will soon hear will end their propaganda and vile hatred for a man who is trying to impart his knowledge to the service of his nation.

The man who has benefited hugely from the academic prowess of Dr. Bawumia is President Akufo-Addo. Since we started this 4thRepublican journey, no president ever had a Vice President with the caliber and dexterity of Dr. Bawumia. Open up a debate and I will prove to you that the man is the best so far. You know I am not prone to panegyrics and I say it as it is. Any challenger?

Aston Symmetry is the best selling cigar of 2021. A friend who is domiciled in Colorado just returned and gave me a pack of the stuff. As usual, I am doing my own thing.

Ya-Na commiserates with Mahama
36 minutes ago