By Paul Myers - RFI
US & Canada 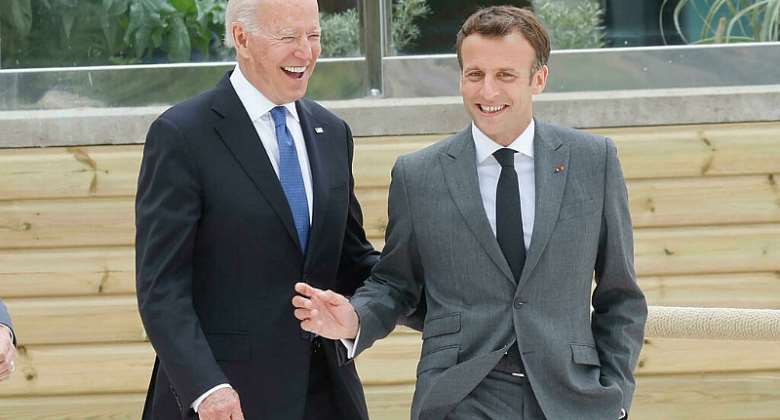 French president Emmanuel Macron will on Friday meet his American counterpart Joe Biden for the first time since the clash over Australia's decision to scrap a 56 billion euro submarine contract with France in favour of the "Aukus" pact with the United States and Britain.

The pair are in the Italian capital for the G20 summit but will hold talks at the French embassy in the city.

In September relations between the countries slumped after the announcement of the "Aukus deal".

France described as a stab in the back the secretive way in which Australian; the US and Britain collaborated to ditch French vessels in favour of American submarines.

Macron was so furious he recalled ambassadors from both Washington and Canberra.

Earlier this month in Paris, Macron held talks with Antony Blinken, the US Secretary of State who conceded that the US had been cavalier.

"We sometimes tend to take for granted a relationship as important, as deep as the one between France and the United States," Blinken said during an interview with France 2.

In the prelude to Friday's meeting, Jake Sullivan, the US national security adviser said the two leaders would cover issues ranging from counterterrorism in the Middle East to China and trade.

“We feel very good about the intensive engagement that we've had with France over the course of the past few weeks," he added.

Sullivan said he expected Biden and Macron to issue a joint statement outlining areas of mutual cooperation, including the Indo-Pacific as well as economic and technological cooperation.

Pierre Morcos, researcher at the Center for Strategic and International Studies in Washington, told RFI: "The Aukus crisis really jolted relations between the two countries. It forced the US to recognise that there was a disfunctional approach to its trans-Atlantic relationship.

"Unfortunately a full-scale diplomatic stand-off was necessary for these attitudes to be reconfigured."

After the Rome tête-à-tête, Biden will see his Italian counterpart Sergio Matarella as well as the prime minister Mario Draghi.

An audience has also been lined up with Pope Francis at the Vatican.