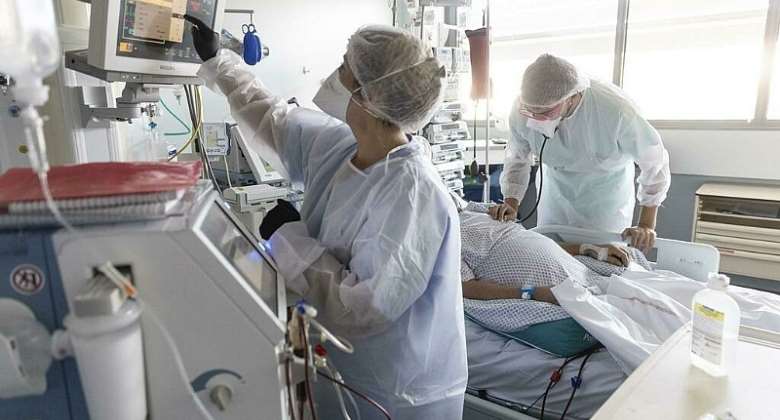 One in five public hospital beds remains closed in France due to a lack of healthcare workers, according to a study published in early October. This is twice as many as before the Covid-19 epidemic.

According to a flash survey led by the president of France's Conseil Scientifique (Scientific Council), Jean-François Delfraissy, about one in five beds is closed in large public hospitals due to lack of staff.

The main reasons, according to this study, are the lack of nurses and caregivers, but also of permanent doctors, exhausted by the Covid epidemic crisis and "not satisfied with the answers provided by France's health minister Olivier Véran and his Ségur de la santé", which is considered as "insufficient".

At the AP-HP (Paris public hospitals), according to official figures, 19% of beds were closed in September 2021, twice as many as before the health crisis (the closure rate was already 9% in September 2019).

In total, 3,566 beds are closed today at the AP-HP, for a hospital group that has nearly 20,000 beds. In September 2019, 1,694 beds were already unusable. The Covid crisis has led to the closure of hundreds of others.

In an interview with daily newspaper Libération released on Wednesday, an emergency doctor explains that "with Covid, many two-bed rooms were transformed into one-bed rooms to limit the contagion, and since then they have remained so.

But what he mainly points out is a "massive malaise, a lack of motivation" which is reflected in recruitment difficulties, departures and absenteeism. This is what I call a crisis of values," he says.

In another interview with Libération, France's health minister Olivier Véran says that "a certain number of units in hospitals are forced to close temporarily, or to reduce their size, due to a lack of healthcare workers, and above all due to a lack of recruitment."

He points out in particular "an increase of almost a third in vacancies among paramedics compared to autumn 2019". Absenteeism has increased "by a little less than one point over the same period for non-medical staff".

Another point is resignations. They "increase more significantly between 2020 and 2021 than between 2019 and 2020" but they "nevertheless remain in moderate proportions."

"Some healthcare workers leave the hospital because they are tired after twenty months of health crisis. These departures can put teams and departments in difficulty because recruitment is also difficult," explains the minister, who assures that "this is a reality" that is taken "head-on."