Mining in Africa: A blessing or a curse 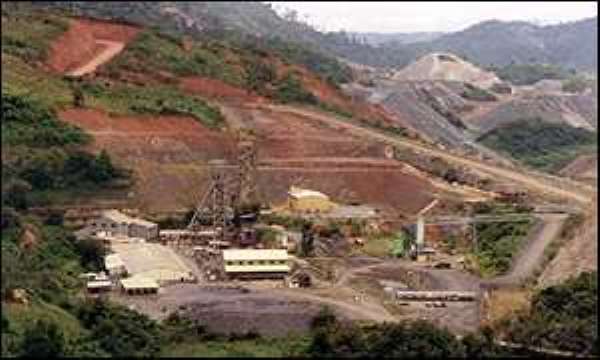 The African continent is richly endowed with mineral resources such as gold, iron-ore, bauxite, tin, rutile, manganese, diamonds, lead, zinc, copper and uranium. The continent produces about 25% of the world’s gold production. With gold production of about 398 tonnes last year, South Africa is the dominant player in the continent’s gold production. However Ghana, Zimbabwe, Mali and Guinea have been progressively increasing their relative importance. The year-to-date annual average gold price is about US$305/oz. The gold price has been climbing as investors become increasingly concerned over the potential for Middle East unrest. Gold producers are currently benefiting from gold’s safe haven status and there is the expectation that the December quarter price average will be around US$315/oz. This is good news for the economies of gold producing countries in Africa. The continent also contributes about 5% of world nickel production and last year, it produced 50Mt of iron ore, mostly from South Africa and Mauritania. The exports from minerals generate income and foreign exchange for many African countries. Additionally companies engaged in mining employ many workers who earn incomes and spend on domestically produced goods and services to stimulate local and national economies. Mining has developed into a vital industry that underpins the economies of many African countries and to some degree influences the quality of life of many African miners and their families. National Governments, Traditional Leaders and landowners receive royalties and other forms of tax revenues, which can help develop infrastructure and basic needs of communities.

Despite the enormity of mineral projects in Africa, have mineral resources enhanced the continent’s economic well-being? The continent is still characterized by low levels of living per capita and productivity, high population growth rates and high levels of unemployment and underemployment. So what is Africa doing wrong to warrant suggestions from some quarters that African economies would be better off leaving their mineral resources in the ground?

Mineral deposits are in no way unique, basic essentials for national ascendancy. Japan has managed to attain growth and prosperity without having any significant mineral deposits within its territory. However, African countries with known and abundant mineral wealth have failed to prosper. This is because primary export industries in the continent tend to function as enclaves with very limited linkages to other sectors of the economy. In many mining projects in Africa, there are normally large number of expatriate staffs and many of the inputs necessary for mining are not local and have to be imported. There seems to be no systematic approach of technological transfer from foreign experts to local professionals. While it is important that Africa invites foreign experts to help in its mineral resource development, these experts should be obliged to train and hand over their roles to locals by the end of their contracts. Contracts should be fixed at specific time periods depending on experience and responsibility and training of Africans should be enforced as part of the contract. Ghana’s Ashanti Goldfields has “Ghanaianised” most of its senior management positions and the recent appointment of a Ghanaian as the Managing Director of the company’s Obuasi mine is a step in the right direction. During a recent visit to the mine, I realised that the underground operations have progressed from traditional mining methods to very advanced and sophisticated technologies in line with current world practices. The mine is currently one of the world leaders in the bio-oxidation technology in gold treatment. These changes have seen productivity improvements in various sections of the mine. It is encouraging to note that most of the changes have been driven by Ghanaian Professionals.

I have mentioned backward linkages. Let me also emphasise that there are also forward linkages. The continent’s minerals are exported and not processed, leading to the siphoning of the potential gains away from Africa. Attempts should be made towards further domestic processing of the continent’s resources. Until resource based industrialisation is encouraged in Africa, the potential for local consumption of the mineral sector output will remain minimal. Further processing of resources will also ensure greater fiscal revenues and greater stimulus to forward and backward investment opportunities. While many African countries have investment laws which encourage overseas investors, very liberal policies regarding repatriation of profits and expatriate wages, make it difficult to reverse the status quo of unequal distribution of the revenue between foreign firms, domestic entrepreneurs and the overwhelming majority of Africans. Additionally, many Traditional Chiefs do not use royalties received from minerals for the development of their communities and hence deny the people basic infrastructure such as hospitals, clean water, schools etc.

During the 1960s and 1970s, Ghana was a classical example of economic deterioration brought about by political upheaval and the pursuit of highly distorted exchange, trade and budget policies. In the 1980s however, the expansion of mineral exports, especially gold, resumed in the context of a thorough-going programme of economic reform launched by the PNDC Government. The 1990s saw continual growth and revitalisation of the mineral industry. Investment laws in Ghana have made it possible for new mineral deposits to come on stream, while existing mines have been able to revamp their operations. Ghana’s mining industry has been able to incorporate an impressive plethora of improvements, innovations and new practices into the way it operates. However, there is the need for policies to boost Ghana’s stock of human and social capital to ensure that Ghana has the best possible education and training to promote research and innovation that are crucial ingredients in improving productivity. The Western University College (formerly UST School of Mines, Tarkwa) has become one of the best Mining Universities in Africa and graduates from the college are providing technical and managerial expertise in Ghana, South Africa, Botswana, Namibia, Zimbabwe and many African countries. If Africa is to reduce its level of foreign expertise, then all stakeholders – the Mining Industry and Governments have to direct financial resources to support training of mining experts.

Lack of capital is also constraining mineral resource development in Africa and current mineral output falls short of the continent’s real potential. In 1997 alone, mining exploration expenditure in Africa was estimated at US$5.1 billion. However, mineral activity in the continent is stalling due to lack of investor confidence. There are perceived risks in investing in the continent due to widespread conflicts. The continent has witnessed cycle of conflicts in Liberia, Sierra Leone, border clashes between Eritrea and Ethiopia and more recently a violent clash of Government troupes and rebels in the once stable Ivory Coast. Corruption and economic mismanagement continue to destroy health and education, and have led to starvation and genocide causing massive devastation in many African countries. Russian-US rivalry stunted the development of Angola, a mineral rich country that has virtually seen no peace since the Portuguese left. Dictators have overseen the plundering of the wealth of many African countries. Nigeria is an example of how a wealthy oil country could plunge into poverty through political instability and corruption. High political risk in Africa has therefore driven mineral exploration companies to search for only deposits capable of generating high returns.

Ghana in particular has the right blend of prospectivity, strength of leadership, political stability, professional talents and an attractive social and cultural environment for mineral investments. The country is making an impressive return to economic recovery under President Kufuor and the NPP Government. Ghana has already established a framework of environmental legislation and is currently reviewing its mining legislation. It is important that further regulation be developed based on practical goals and ensure that local communities benefit from mining projects. The review should incorporate strict environmental and reclamation compliance in line with world’s best practices.

The long-term outlook for the continent is bright, but requires the acceleration of both political and economic reforms because the main impediment to growth in Africa seems to be political. The continent has no choice but to undertake clear-cut mining codes and competitive tax regimes to attract capital injection in the mining sector. A number of mining parameters such as relative mining costs, the impact of bureaucratic delays and regulatory compliance costs, as well as royalties, corporate taxes, import duties etc. play vital roles in decisions on mineral investments.

The mining sector should be viewed as an economic "bonus" with which to accelerate structural change rather than as the backbone of the economies of African states. There is therefore the need for rapid competitive diversification of the non-mining tradable sector such as agriculture and manufacturing. Much effort is required in stopping military coups and dictatorships, economic mismanagement, corruption and conflicts, and adopt widespread pursuit in both democracy and market friendly economic policies. It is up to African governments to ensure that the continent’s mineral resources are exploited in a responsible and economically attractive manner. We owe this to all Africans in our efforts to lift standard of living and improve the educational and health needs of the people. Henry Antwi (Sydney, Australia) The Author is a Mining Engineering Consultant based in Sydney, Australia.