Military Take Over in Sudan: Tales of Sadness 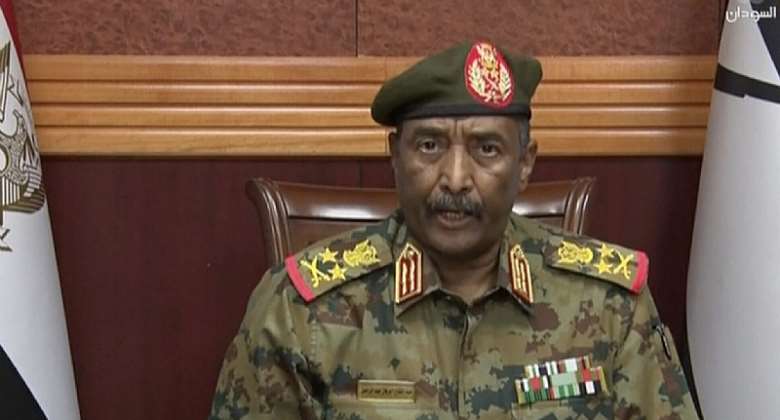 Shortly after independence in 1956 from United Kingdom, Sudan could be described as a country with unpleasant history; fighting civil wars to military intervention and decades of wars of separation (Sudan and South Sudan), where South Sudan was separated in 2011 and remain a volatile country even till date. The country's civil war (Sudan) lasted for Seventeen years (1972- 1989) between northern Khartoum forces and southern Anya-Nya rebels.

After the Civil War. Lt. Gen. Omar al-Bashir leads a coup against Sudan's Prime Minister Sadiq al-Mahdi in 1989. In 1993 Bashir becomes president of Sudan when the Revolutionary Command Council is dissolved and Sudan is restored to civilian rule. It was an end of era for al- Bashir in 2019 after three decade of being in power; a series of protests led to his removal from power in a military coup.

More significantly, Sudan’s military leadership and the country's pro-democracy movement announce a power-sharing agreement, with Prime Minister Abdalla Hamdok as head of the government. Under the agreement which was struck in July 2019, the military would be accountable for the country's administration for the initial 21 months. A civilian administration would then rule over the following 18 months. Sudan's military administration expected control to direct the progress of force, shaping the Transitional Military Council. Be that as it may, the council was emphatically gone against by a supportive of popular government development which called rather for regular citizen rule. Following a weeks-in length deadlock, the different sides consented to frame a Sovereign Council that would govern for the following three years or somewhat longer.

The sad reality has been that the military is pro- Bashir loyalties. The new coup leader for instance Lieutenant General Abdel Fattah Al Burhan Abdelrahman served as inspector general of army under ousted president Al- Bashir. Haven enjoyed decades of power with the ousted president Omar Al-basher. The transitional plan has given the military the power to be in charge ahead of the civilians. It is often predicted that the military may want to hang on power considering the power struggle between the military and Civilians in the transitional Council. It is no surprise that civil officials had been detained for the military to ruin supreme in a strategic coup.

The continuous protest against the military in the Transitional Council days before the coup could even turn bloodier if citizens resist the takeover. The experience of the civil war and military brutalities under the aggressive rule of Bashir could be replayed. Is Sudan heading to another blood bath? With reports of three civilian protesters already recorded dead as the military attempt to control the crowd could even be more deadly in the coming weeks.

Sudan is one of the poorest countries in Africa haven fought a civil war and decades of dictatorial rule under ousted president al- Bashir, the 2019 revolution was welcome as an opportunity to move Sudan to the path of prosperity. The latest development is worrying for a country with dark history. The sorry state of Sudan might just be the ideal affair. The increasing spade of a coup in Africa makes the region more volatile and impoverished. The sub-regional block and the main regional block African Union (AU) must demonstrate leadership to engage coup-makers in the need to follow the transitional plan.

While we are concerned about a military takeover in Sudan, there are a lot of unstable countries in Africa that failed economic systems, intolerance and pervasive corruption with rising youth unemployment could trigger military intervention or civil unrest. From West Africa to East Africa; and North Africa to South Africa. The increasing failure of democratic leadership is a threat to regional security and peace- an early warning sign for military interventions.