Treason trial: Go in just destroy, we don't want to fail, it must happen — Dr Mac Palm heard in an audio played in court 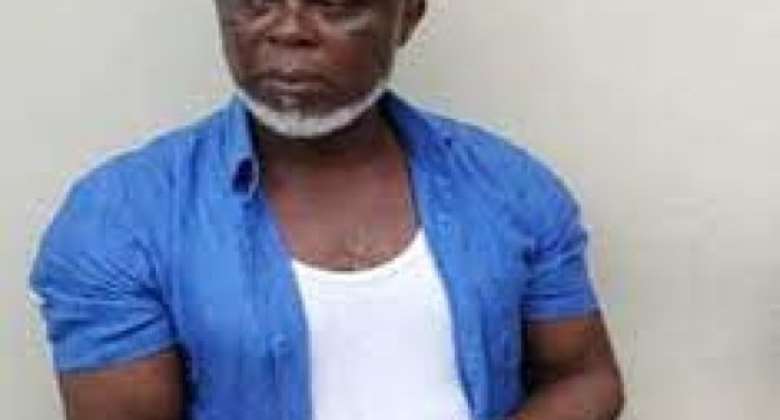 Dr Frederick Yao Mac Palm, the brain behind the alleged high treason was on Monday heard in an audio recording cautioning some of the accused members of the coup plot that they need not to fail.

“Go in just destroy, we don't want to fail, it must happen,” he was heard. “The atmosphere is bright for this, everybody thinks something must happen”.

The Audio recording started as if they were in a meeting, which was characteristic of the group, since there had been a series of meetings held as per recordings played. There was a sound of liquid pouring, which characterized their meetings were usually held at an eatery.

The recording was part of the work done by Staff Sergeant Sule Kwadwo Awarf, the Prosecution's star witness during the meeting of the alleged plot, which was played in the High Court trying the case involving ten persons including Dr Mac Palm.

Dr Mac Palm introduced Sule and Donyo Kafui, alias Ezor, to others he called his nephews, calling Sule a “badman,” which generated laughter among the men and he added that Ezor was not a stranger to him.

He assured them to feel at home as he asked Sule to show the samples to them.

Immediately, there were sounds of loading of guns. A voice was asked how many rounds and Sule answered that it was six rounds, stressing that it would work correct. “If you do the shot it will be the quality Dr wants and the one we want,” Sule added.

Dr Mac Palm said “We are going all out. We should complete successfully. You guys should bear with me, if you need six of these, let's get them”.

Another suggested they acquired the ones with ten rounds, but Sule said eight was ok, insisting that the one he brought was also good. “This one is powerful; you don't play with it” as well as suggested other types of guns.

That was when Dr Mac Palm said in passing that “Kofi said I should meet him at Holiday Inn and I met him there,” explaining that he was bringing them wild ideas.

He also spoke about the bombs being made by Ezor that they were of good qualities and that they needed cigarettes to light them and at another point he said they needed to number the bombs so that they would be remote controlled and travel at a far distance, 'Press and scatter like this!'”.

“We don't want to kill too much,” he added. “That's where we are, as soon as we finish today, you guys should trust him, he's a home boy, ready to stay, part of us,” without mentioning any name in particular.

A voice was heard saying that, “considering more casualties, few people would operate, “the boys,” referring to the recruited security men, “will be stationed at vital points with assault rifles, three are not enough, it will depend on the budget”.

Discussing how to get the President and other key members of government, another voice said “whenever he (the President) moved, everybody did including the Chief of Defense Staff, Inspector General of Police, among others, so they would be captured”.

The meeting again decided on testing the weapons; those to be snatched, bought or manufactured by Ezor, before the main job, which they would share according to groups, not by individuals.

Dr Mac Palm reiterated the fact that when the operation succeeded, they were going to be beneficiaries.

They have denied the charges and are on bail being tried by a panel of three Justices; Hafsa Amaliba, Stephen Oppong and presided by Afia Serwaa Asare Botwe.

Majority’s approval of 2022 budget is a show of middle finge...
7 minutes ago