The Aflao Chief's Comments with regards to the Completion of the Neglected E-block; a Citizenship comment or a Spectator's? 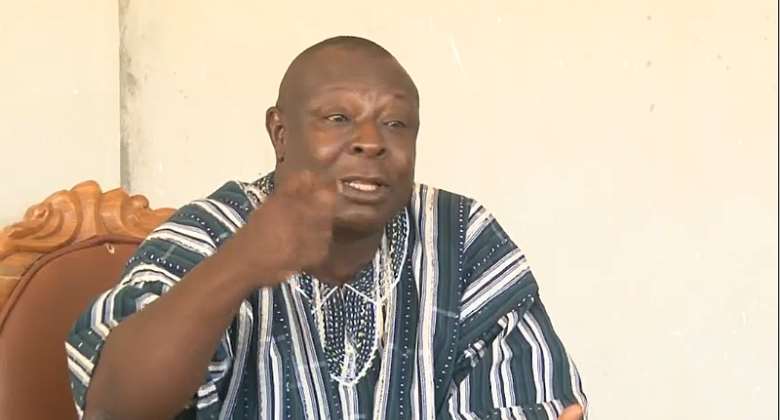 The attempt by NPP communicators and government appointees including president Nana Akufo Addo to bastardise one of the revered chiefs of the Volta enclave especially Aflao with regards to his comments in relation to the neglected E-blocks by the government of president Nana Akufo Addo must not be entertained with kidsgloves. It must be responded with equal measure without fear or intimidation! It is important to state that it is too early for the president of the republic of Ghana to claim to have forgotten about the very comments he himself made in relation to responsible citizenship, just in 2017, January. If not all but majority of Ghanaians were witnesses to the comments made by president Nana Akufo Addo during his inaugural ceremony on January 7, 2017, when and where he reiterated the idea that as Ghanaians we should be citizens and not spectators contributing to the development of our communities, just a paraphrase. Though it was alleged to have been a plagiarised comment, its realities have become like an albatross hanging around the neck of the speaker, the president, Nana Akufo Addo of Ghana. If the Aflao chief, like any other citizen, and indeed, a leader of his community, observed that there has been an uncompleted state projects which the state has already wasted a lot of resources in, but has been abandoned to rot away, should he not, as a responsible citizen, draw the attention of those who have been bestowed with state authority, and indeed, the legitimacy to manage state resources, to it? I find the response by the president of the republic to this citizenship comment very very belittling and unstatemanship of a president. How better could this respected chief have said it than what he did? Must we prostrate ourselves before we draw the president's attention to matters of national interest? That would be baffling and dehumidifier enough to do so especially in a democratic dispensation like ours!

In any case, every reasonable patriotic citizen should be scandalised and troubled by this uncitizenship response by our once revered stateman! It is imperative we do not allow the emotions with which the frustrated chief made the call to overshadow the good intentions behind his call. He was not insulting nor calling for violence against the president nor any citizen of this great country. He was simply expressing the frustrations of his subjects against the background of a lukewarm attitude of the government of Nana Akufo Addo towards the management of state resources. Must we not criticise our governments as and when they go wrong? Has the government soon forgotten that it is the same citizens who have, through the constitution, made him who he is, in terms of the powers he exercises as president? Or are we now having a utopian beings among us?

It is proper to state that no citizen of this country should be allowed to intimidate or cow others to desist from expressing their descenting views on issues of national character or irresponsible governance practices. It is instructive to state that any governance practice that violates any constitutional dictate delegitimises the authority of the ruler. Someone close to the president must remind him of his inaugural comments on January 7, 2017. As citizens and not spectators, we cannot afford to remain silent over the actions and inactions of president Nana Akufo Addo and his appointees which are responsible for the economic hardships, wanton corruption, hyper inflation, unemployment, energy crisis (dumsor), brutal killings and human insecurity that have greeted the entirety of this nation ever since he took over the reigns government of this country Ghana.

As responsible citizens, we must remain active critics and participants in the affairs of our communities, and not passive observers watching without actions! And this is exactly what the respected Aflao Chief has done and that deserves a public commendation including the president and his appointees, and not condemnation by them.