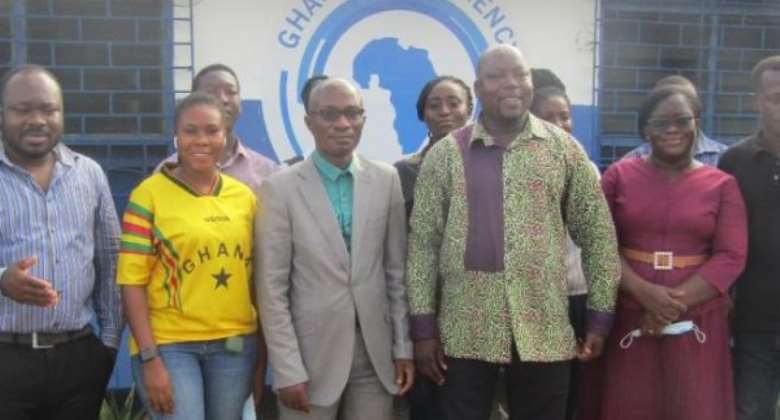 The sale of alcoholic beverages at lorry stations across the country has been linked to the many road crashes, especially those involving commercial drivers, Mr Samson Awingobit Asaki, the Executive Secretary of Ghana Exporters and Importers Association, has said.

"Drinking alcohol before driving strongly affects the mental operation of the mind and have directs links to one's vision and sense of reasoning," Mr Asaki said at the Tema Regional Office of the Ghana News Agency (GNA) and the Motor Transport and Traffic Department (MTTD) accident prevention platform.

The platform seeks to create consistent weekly awareness for road users, educate them on their responsibilities and sensitize drivers on road safety regulations, rules and laws.

Mr Asaki said even after just one alcoholic drink, a person's driving ability was compromised and cautioned road users, especially commercial drivers, to desist from such acts.

He further explained that there was no safe level of alcohol consumption for competent driving.

Mr Asaki said driving required total concentration, good coordination and ability to make correct judgments and decisions, saying that drinking alcohol, even a small amount would diminish each of these requirements.

He, therefore, called on Municipal Metropolitan and District Assemblies to sack dealers of alcoholic beverages from the lorry stations.

Mr Francis Ameyibor, GNA-Tema Regional Manager, noted that data from the MTTD indicated that some of the causes of the accidents, especially those of the private cars, was attributed to the use of communication devices while driving to the extent that some even engaged in phone chats while on the roads.

He, therefore, appealed to the driving public to desist from multi-tasking while driving, saying it was dangerous to both the driver and other road users.

Mr Ameyibor also called for consistent refresher courses for drivers, noting that others factors, including non-maintenance of their vehicles, driver fatigue, bad nature of roads, and lack of markings, among others.

He urged drivers to be responsible on the road and protect pedestrians by stopping for them to cross while cautioning pedestrians to only cross the roads at designated places and safe places to avoid endangering themselves and other users of the road.

Mr Ameyibor also appealed to the media to upscale public education on road safety, stressing that, “road safety is a shared responsibility, we must not leave anyone behind”.

He commended the MTTD Tema Regional Commander for teaming-up with the Ghana News Agency to embark on the weekly public education campaign to make the roads safe for all.