NPP Flagbearership Race: It will be unfair to subject Bawumia to Competitive Bidding! 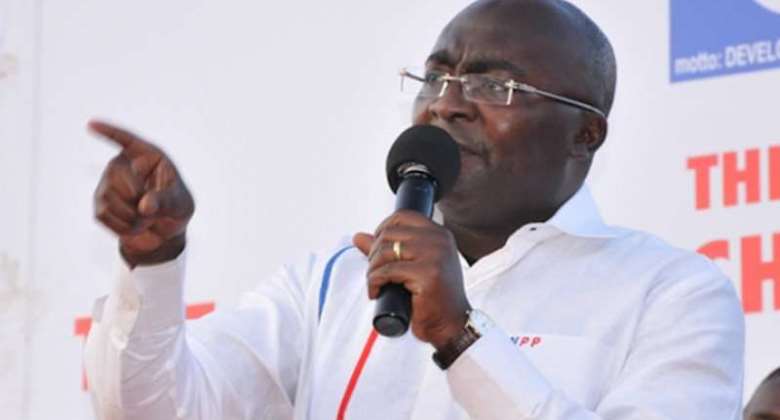 In recent times there has been news making the headlines concerning NPP flagbearership race. One such news item was broadcast by no mean a person other than the President of the Republic who is currently the leader of the party and who ought to have known better in terms of the constitutional dictates of their party. The president, Nana Akufo Addo, as if he was being possessed disclosed to the Asantehene Otufo Osei Tutu that his agricultural Minister and trade and industry minister were poised to contest the upcoming presidential Flagbearership race. This disclosure, many find, to be a blatant breach of the party constitution, and an attempt to sideline the vice president who is widely acclaimed to be the next leader of the party after Nana Akufo Addo.

This revelation amply demonstrates not only dictatorial machinations of the president but also confirms the long-held opinion that the NPP would never allow a northerner to lead the party. The North, it is said, is only considered important to the party because it serves as a means to accomplishing the political aspirations of the ruling NPP government.

If the president can gather the needed momentum to wage into the kingdom of the most powerful king in Ghana and disclose to him the two gentlemen he thinks should takeover from him, then that should be a source of worry to the sympathisers of the Bawumia in the party. His open declaration comes as no surprise because the treatment given to the then vice president Aliu Mahama who stood for the Flagbearership is still fresh in our minds. The political shocks, coupled with emotional and psychological consequences, cannot be swept under the carpet when accounting the factors responsible for the demise of the late vice president. It is against this testament that the former president John Mahama once reiterate the fact that his good brother Bawumia cannot, under any circumstance, be allowed to lead the NPP. Otherwise, what has changed? The tradition of the NPP is that only southerners especially the Akans can lead the party while northerners who are used as a means to an end ( winning elections) serve as followers. What a second class citizen treatment!

Against this latest happenings, it is proper and healthful that the Bawumia desire to lead the NPP party should not be taken seriously because it can lead to very undesirable consequences to the sympathisers and loved ones of the Bawumai faction not excluding the vice president himself.