NDC flagbearership: Duffour has no chance against Mahama – Ben Ephson 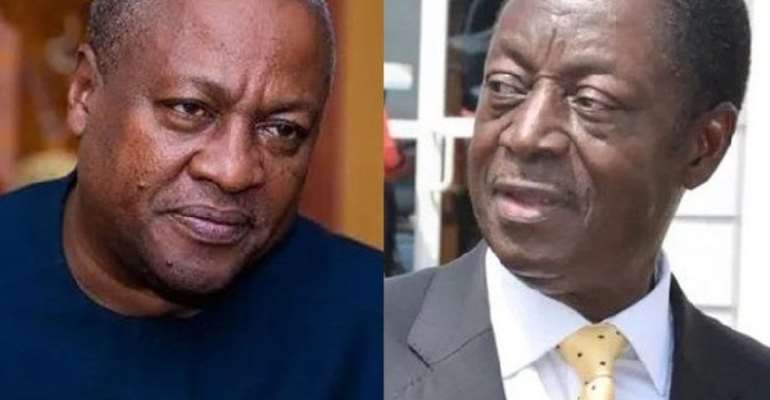 Dr. Duffuor has not officially declared his intention yet but there are wild speculations that he is lacing his boot to contest the former President for the ticket to lead the NDC in the 2024 general elections.

Amid the wait from his supporters for him to come out clear on the matter, Ben Ephson has in an interview with Starr FM on Monday morning assessed his chances.

According to the renowned pollster, it is unlikely Dr. Kwabena Duffour would poll 20% of the votes if he rivals John Dramani Mahama in the NDC’s next primaries to elect a flagbearer for 2024.

According to Mr. Ephson, it is unlikely Ghanaians will vote for anyone older than 70 years to become president of the country again.

“If Afriyie Akoto pulls his heart in the race, I don’t think at age, 75, he stands a chance. I do not think Ghanaians will vote for anyone beyond 70 to lead them again. It does not look so,” Ben Ephson shared.