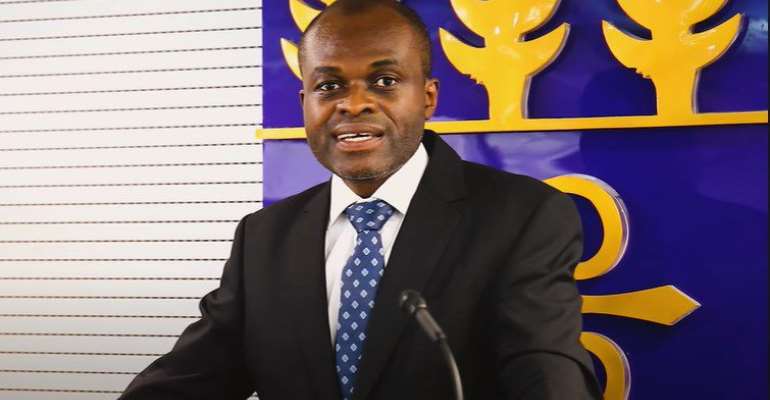 The Executive Director of the Human Rights and Governance Centre, Martin Kpebu said the Ejura Committee was not courageous enough to recommend the removal of the Ashanti Regional Minister, Simon Osei Mensah, from office.

Following his scrutiny of the Ejura committee report, he said the fate of Mr. Osei Mensah was the elephant in the room after he oversaw the deployment of soldiers to a protest, leading to the death of two persons and the wounding of four others.

“It is shocking that though the committee had the courage to say that the District Police Commander should be transferred, when it came to the Regional Minister, the committee was silent.”

“They should have just gathered the courage to say the obvious and the obvious is that Mr. Osei Mensah has to be sacked,” Mr. Kpebu said.

Beyond the committee, he said Mr. Osei Mensah should resign “or the President sacks him.”

Mr. Kpebu further lamented the absence of a resignation culture in Ghana and reminded the public that a former Head of State, General Joseph Ankrah resigned in 1969 over a corruption scandal.

“Maybe we should repeat it more often for people to understand that General Ankrah, President of Ghana, resigned over an allegation [of corruption].”

“If a Head of State could leave on an allegation, I don’t know why suddenly we have sunk so low… we’ve thrown governance to the dogs,” Mr. Kpebu said.

Mr. Osei Mensah has already downplayed calls for him to resign, saying his actions were backed by law.

This call has consistently come from the Ejura Sekyedumase MP, Mohammed Bawah Braimah, who also wanted the commanding officer of the military contingent punished.

The Ejura committee had recommended the removal of the MCE for the area, though he was not nominated to continue in that position.

It also recommended the immediate transfer of the District Police commander of Ejura, DSP Philip Kojo Hammond, over his handling of the situation.

The military establishment was also cited by the committee for the inappropriate use of force and called for sanctions.