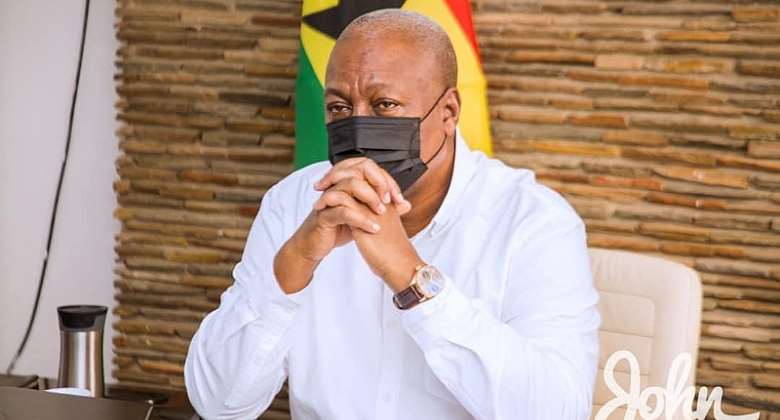 At a meeting with former President John Dramani Mahama, the victims of the shooting incident said none of them had received any payment from government.

The spokesperson for the victims, Abdul-Razak Garba bemoaned that the victims and their families are struggling as a result of the painful experience.

“The victims and their families have still not been compensated for the harm caused them, despite the recommendation by the Emile Short Commission.”

He recounted how some of the assaulted victims went through life-altering experiences with some scheduled for more surgeries, some incapacitated for life, another suffering stroke and one person dead as a result of internal bleeding caused by gun-shot wounds.

Mr. Garba extended the group's appreciation to John Mahama for his compassion and for paying for the cost of all their treatment, including major surgeries.

President Mahama in his remarks extended his sympathies to the victims and their families. He also pledged to continue to support the members in any way that he can but stressed that it is the duty of the state to compensate the victims as recommended.

Mr. Mahama expressed shock at “the level of impunity” that he said, “continues to define the Akufo-Addo and Bawumia government,” adding that “impunity when unchecked leads to unrestrained violence and that is why the killings of innocent Ghanaians at Ejura and Techiman happened.”

He promised that, “no matter how long it would take, the NDC would pursue every possible means to ensure that those who committed the crimes are punished and all compensations due the victims fully paid.”

”Ghana must not forget about what happened,” he added. The Ayawaso West Wuogon by-election

Some masked men were caught on camera beating up civilians who did not resist arrest. The men, fully armed, were also seen in the company of some police officers.

The government subsequently set up a committee to probe the incident.

The commission after its investigation presented its report to the President.

The Emile Short Commission, among other things, recommended that victims of the violence should be paid compensation for the harm they suffered.

A number of the recommendations were rejected by the government in its White Paper.