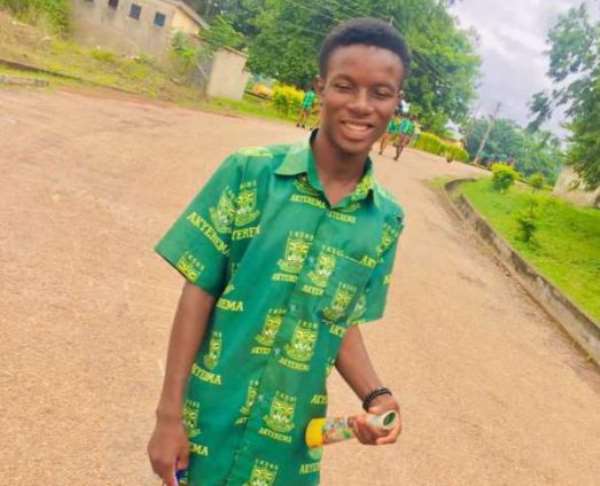 A final year student of the Tweneboah Kodua Senior High School in the Sekyere-Kumawu District of the Ashanti region has died after sustaining injuries from scaling the school’s wall.

Identified as Edward Duut, the student according to information gathered attempted to escape when the Prep Master of the school was making rounds at the dormitory on Monday, September 20, 2021.

Information gathered from Nhyira News has disclosed that Edward Duut and some of his colleagues were supposed to be studying but instead run around.

After hearing of the arrival of the prep master whose name has been given as Gideon Osei, they made attempts to run away.

Although Edward successfully managed to scale the wall, the height was too long and as a result he landed badly and ended up injuring his chest and other parts of his body.

Later rushed to the Kumawu Polyclinic by the headmaster of the school and some students, he could not survive and sadly passed away.

Currently, the Sekyere-Kumawu District Police have taken over the matter as they make attempts to uncover what really happened.

According to DSP Opoku Agyeman Prempeh who is the Sekyere-Kumawu District Police Commander, statements will be taken from teachers and students that witnessed the incident.

“Nobody was picked as a suspect. But when we collect statements from them, then what is hidden would be revealed,” DSP Agyemang said.