The worship of God is the beginning of ignorance? 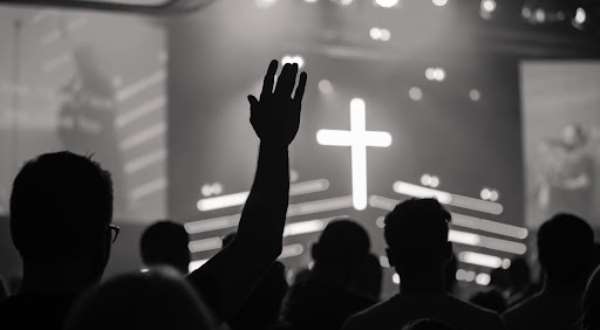 It appears to me, after much cogitation, that God originally wanted humans to be as ignorant as possible in order for them to love him. At least four biblical texts support this proposition: The first is the familiar story of Adam and Eve. Genesis 2: 16-17. The second is the myth of the Tower of Babylon and the ensuing confusion. See Genesis 11:1-9. The third is this whole pride the worshippers of God take in describing themselves as sheep of God. See Psalm 23. Then finally is the statement of Jesus in Mathew 18:3 that we need to be like little children in order to inherit the kingdom of heaven.

But lo, it was not to be. The anger of God burned against Adam and Eve, and was not assuaged by the drastic expulsion of the foremother and forefather from the garden of Eden and the infliction of maternal and manual labor on the couple; instead, we are told that he waited for some four thousand years before sending his only begotten son down to earth to sacrifice himself for the salvation of humanity. Strangely, this human sacrifice, somehow aborted at the last minute because Jesus probably developed cold feet and resurrected from the dead, appears nonetheless to have put paid to the original sin. And so God, after sacrificing his own son who is himself deemed to be God, appears to have finally satiated his passion for his own self-appeasement. He could finally forgive humankind for eating of the fruit of good and bad!

Another evidence of God’s preference for ignorance is the question of Babylon. The generation of humanity took a decision to build a tower in order to stay strong and united. But God, appearing through a window in heaven, spoke these words: “The people have become one……..And there is nothing impossible for them to do!” So thereafter, God caused a storm to demolish the tower of men, and confusing their language, he caused them to scatter to the “four corners of the earth”. See Genesis 11:1-9.

So was it an affront to God that humanity would increase in knowledge and undertake ostensibly impossible tasks? And if indeed the tongues of the people were confused, count the number of internecine warfare that have occurred on account of the different languages of humankind. Count the tribalism and the suspicion and disagreements amongst people speaking in different tongues, and you will have to blame God as the creator of confusion!

Now in the face of all these, humans have portrayed God as a loving father who cares for his children. This is far from the truth, because God considers himself a shepherd, and his devotee sheep. See Psalm 23. And what is a shepherd doing for his sheep, except to lead them finally to the slaughterhouse and kill them for meat, or sell them off to the first good bargainer? Remember that the first choice of sacrificial animal is always the sheep. And so why should it be a source of great pride for followers of God to recite Psalm 23 with such passion and aplomb: If the Lord is thy shepherd, then what are you? And is there any animal dumber than a sheep? I may agree that a cow comes close, but we don’t yet have our God as our cowherd.

But then again, human frailty and vulnerability always come into sharp focus when it comes to the worship of God. In that context, we are encouraged not to think: We are to become like little children. Now think of the innocent dumbness of children which may surpass that of sheep; and yet Jesus said that unless his followers become like little children, they will not inherit the kingdom of God! And so we ask Jesus humbly, “What are the attributes of children such that they will become the template for our journey to heaven?”

We may euphemistically describe children as innocent all right, but beyond the surface of their innocence is the aegis of their crass idiocy and palpable ignorance. The question then is whether the sheep is dumber than the little child or vice versa; and this can be determined by the totality of the circumstances: When we were little children, we would scoop water from a bucket and drink from the upper lip of the cup. The water will then pour down on our chests and drip into the sand. Even sheep do not do that: Their stupidity has not evolved to that nadir. They have the presence of mind to drink from their troughs. So we conclude that at least in some respects, sheep are indeed wiser than little children!

In any case, neither sheep nor kids have any remit to commonsense, so we can dismiss both as an inappropriate template of the human character, and condemn both as being at the crest of ignorance. Humans who proudly strive to be sheep or little children have lost the crux of their humanity and have reverted to a state worse than nature. They have lost the seminal difference between man and beast and do not deserve to live. And yet that is what God and his only son want humanity to become in order to please them. We should stop thinking for ourselves and become lobotomized idiots in order to please God.

Now think about it, if anybody at all were to describe us as sheep (“odwan” in our local language) we will all fly into rage and fight against the tag with all resources available to us. The matter might even end up in the chief’s palace for the pacification of the offended one. And yet how so proud we are when we are described as sheep in the religious context. Similar anger applies when we are described as infantile and puerile. And yet we accept this tag in the context of our worship and are very proud of it. And so who are we? Are we not sheep and children indeed whenever we proclaim to worship God? And if so, isn’t the fear of God indeed the beginning and the end of ignorance? Because it is a fact that in order to please God, we must stop thinking entirely and become total ignoramuses.