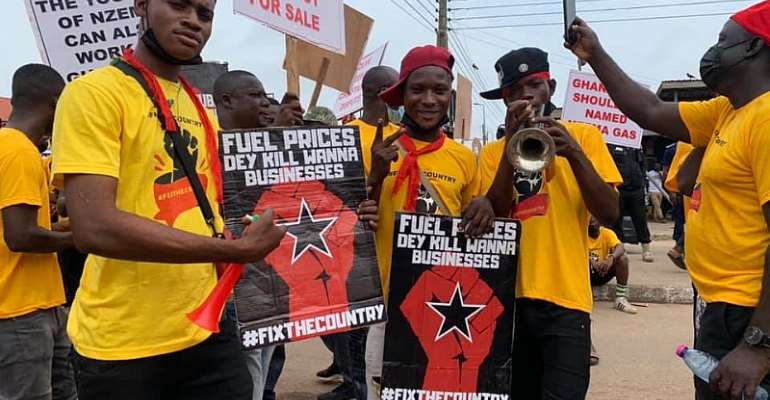 Conveners of the #FixTheCountry protest are leading a second protest in the country today after hitting the streets of Accra in massive fashion in August.

The demonstration which is being staged in Takoradi in the Western Region has seen hundreds of Ghanaians coming out to join in on the march.

In pictures released by the Economic Fighters League, some aggrieved Ghanaians who believe Ghana needs fixing are seen marching with plaque cards with various inscriptions.

Some say Ghana currently has no President and there is the need for a regime change to have a competent President.

Others are also demanding that government makes good of its promise made to the people in the Western Region prior to the 2020 general election.

They said the occasional increase in fuel prices are killing businesses and bringing untold economic hardships on families.

Among the many things the #FixTheCountry movement is pushing for, is the change of the Constitution to better the lives of Ghanaians.