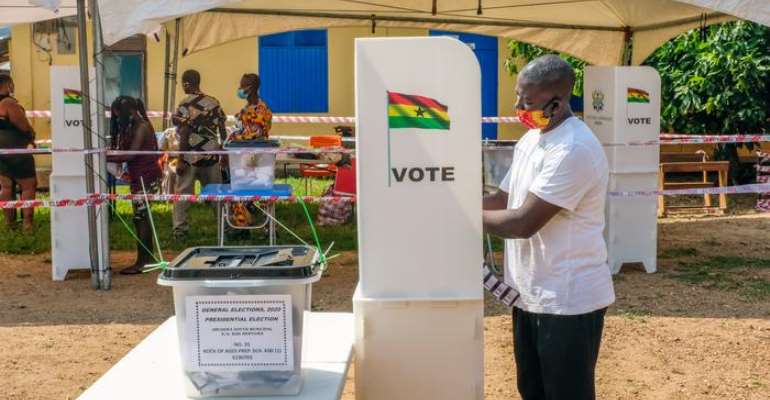 Senior Research Fellow at the Institute of Statistical, Social and Economic Research at the University of Ghana Dr. Cynthia Addoquaye Tagoe has urged government to consider voting at the local government level.

This according to her, will remove doubt over the competence of persons voted to various positions as Metropolitan, Municipal and District Executives (MMDCEs).

It comes after the President, Nana Addo Dankwa Akufo-Addo finalised his nomination of persons he wants to serve in his second term as MMDCEs.

On Sunday, September 19, 2021, the full list of the nomination was announced by the Minister in charge of Local Government and Rural Development, Dan Kweku Botwe at a press conference in Accra.

Subsequently, there have been agitations from some members of the New Patriotic Party (NPP) in some parts of the country with the party youth in Chereponi vandalizing properties in protest against the choice of President Akufo-Addo.

Speaking to Starr FM in an interview on Monday morning, Dr. Cynthia Addoquaye Tagoe recommended that “the appointment of 30% to assembly should not be a thank you or just for the boys or for the girls.

“It should be based on technical competence, people who are able to add professionally or technically to the needs or to help meet the needs of the particular assembly they are in. These should be the people who should be appointed by the president. If we are able to initiate, we will make some progress in this direction.”

According to her, voting at the local government level for the MMDCE spots should be considered by the government to avoid any problems.

“..at the local level, the power for the citizens is the one that imparts directly on you so you need to have a say in that.

“So, if we do have the election of MDCE that will improve it a lot, and it should not be on a partisan basis which then allows everyone to be involved whether they belong to a party or not,” Senior Research Fellow at the Institute of Statistical, Social and Economic Research at the University of Ghana said.

Meanwhile, assembly members in Kumasi have threatened to reject the nomination of Sam Pyne as the new MCE for the Kumasi Metropolitan Area if government does not step in to settle its debt of over GHS50 million.