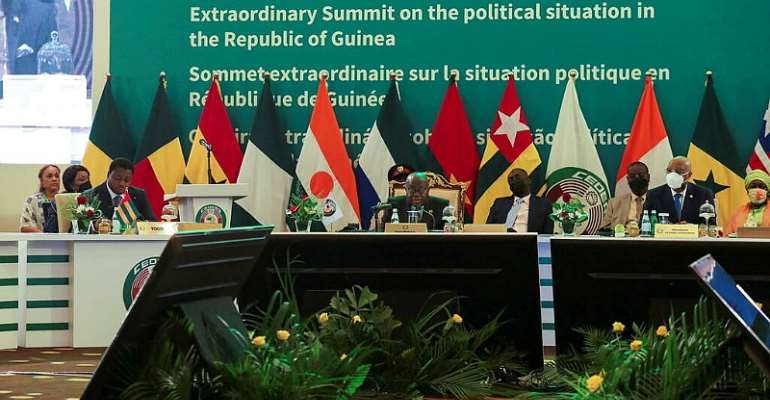 "We are required to take informed decisions on these matters that will have long-term consequences for the stability and the defence of the democratic values of our region," Akufo-Addo, chair of the regional body, said in his opening address to the summit.

Post-coup Guinea faces 'a long path back to democracy'

Akufo-Addo and ECOWAS has called for a return to democratic rule. The regional group froze junta members' assets, imposed travels bans on them and their relatives, and called for Condé to be released.

Visit to Conakry
The junta did not respond to the sanction order, but announced on state television that ECOWAS leaders would be paying them a visit on Friday to push them to return to constitutional democracy.

The coup leaders have been meeting with members of the Guinean political, civil society and business sphere this week in an effort to create a timeline for a transitional government.

"I welcome the strong actions of the summit to safeguard democracy, peace, security and stability in the subregion," Senegalese President Macky Sall tweeted.