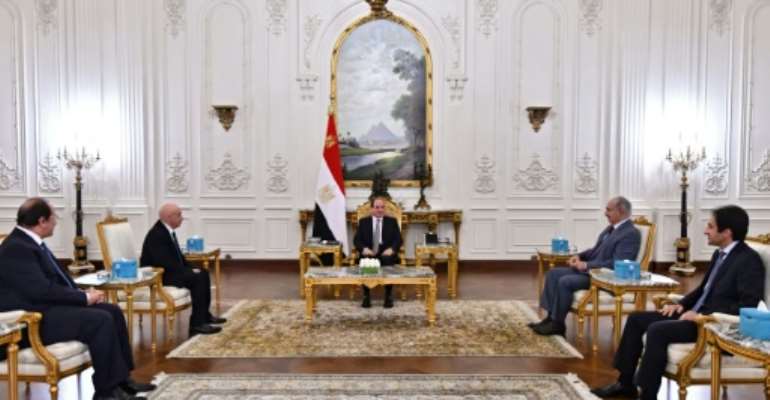 Haftar leads forces that have de facto control over Libya's east and part of the south, and is increasingly expected to run in the country's presidential poll later this year.

Cairo has long been seen as one of Haftar's main supporters.

In August, the US ambassador to Libya Richard Norland travelled to Cairo "to meet with Egyptian officials and... Haftar as part of US efforts to support Libyan parliamentary and presidential elections in December", the embassy said at the time.

Oil-rich Libya is trying to extricate itself from a decade of turmoil following the 2011 toppling of dictator Moamer Kadhafi.

In recent years, the country was split between rival administrations backed by foreign powers and myriad militias.

Haftar's forces were routed from the country's west last year, and the two camps signed a ceasefire deal in Geneva in October.

An interim government was established earlier this year to lead Libya towards December 24 parliamentary and presidential polls.

Parliament speaker Saleh last week ratified a law governing the presidential election, sparking criticism he failed to follow due process and was seeking to favour Haftar.