Mahama’s ‘do or die’ comment won’t cause any problem – Prof. Baffour Agyeman-Duah 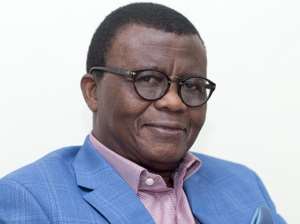 He indicated that the former President's comment won't negatively affect Ghana's political stability, just as then opposition leader, Nana Akufo-Addo’s ‘All die be die’ remark didn’t cause any problem in the country.

Speaking on Citi TV‘s #PointofView program, Prof. Baffour Agyeman-Duah however cautioned the leaders of the country to work towards strengthening democratic institutions to ensure Ghana doesn't find itself in a situation of political instability in the wake of the recent political uprising in Guinea.

Prof. Agyeman-Duah made the remark on the back of a statement made by former President John Mahama during his 'Thank-you' tour in the Bono Region where he said the opposition National Democratic Congress will treat the 2024 polls as a “do-or-die” affair.

The former President and other leading members of the opposition National Democratic Congress have justified the comment, whereas, the governing New Patriotic Party (NPP) and other civil society organisations, have condemned it.

“As for former President Mahama's statement, that shouldn't worry us, after all, the current president [Nana Akufo-Addo] made a similar statement and that didn't change anything… So I don't take it seriously, but on a more serious note, we shouldn't let down our guards. We have to continue strengthening our institutions,” Prof. Agyeman-Duah said.