Since 'do or die' is in the dictionary and 'all die be die' is not, JM 'toaso' — Franklin Cudjoe makes U-turn 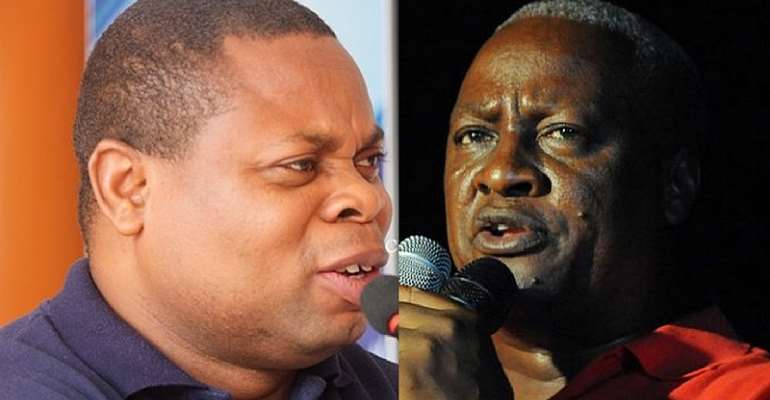 Founding President of Imani Africa, Mr. Franklin Cudjoe has made a sudden u-turn over his criticisms against former President John Dramani Mahama for his controversial 'do or die' comment.

He said the matter has been settled since evidence shows Mahama's 'do or die' is an English word found in the dictionary to mean, no harm.

This comes after ModernGhana News published a widely circulated pictorial evidence of the dictionary meaning of the two controversial comments 'all die be die' and 'do or die' by President Akufo-Addo and former President John Dramani Mahama respectively.

“Turns out the matter has been settled, the Ghana way- 'All Die Be Die' is not found in any dictionary. 'Do or Die' is found in every dictionary. Ok, JM Toaso. Ah!,” he said in a Facebook post on Thursday.

But on Wednesday, Franklin Cudjoe said the comment was not cool and questioned why people are defending the 2020 presidential candidate of the National Democratic Congress (NDC).

“I wish all those defending JM's "do or die" comment will pause to understand that for a man who is not naturally violent, he can only be urged not to become one. Good day,” a post on the Facebook page of the Imani Africa boss said on Wednesday.

A day later, Franklin Cudjoe has playfully endorsed John Dramani Mahama's comment urging him to stand by his 'do or die' comment.