Why do we have so many uncompleted and abandoned government infrastructural development projects across Ghana? 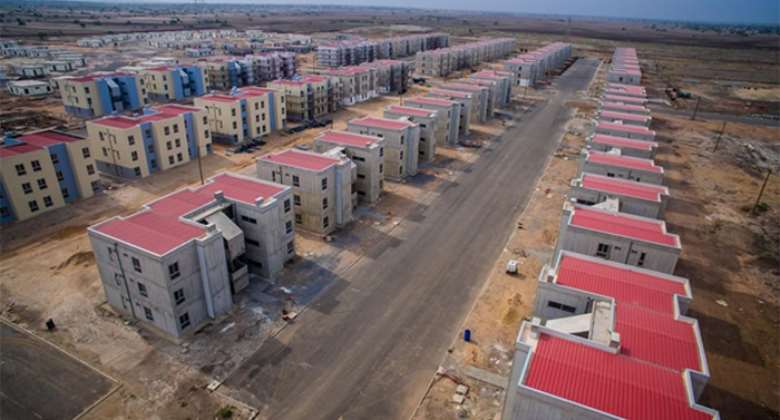 When I see so many uncompleted and abandoned government infrastructural development projects, scattered all over Ghana, I ask myself why such a lamentable situation that we find ourselves in?

I also ask myself why are Ghanaians, just looking on helplessly, for such a terrible waste, to go on in our country, Ghana?

I may be wrong, but the answers that I get within me are that:

1. It is because of ignorance. We have ourselves in the above situation because, majority of Ghanaians do not realize that it is some of the taxes the ruling government collects from them, that are ending up in the drain.

2. Lack of the needed courage to demand accountability from our ruling government, as well as, our inability as citizens, to speak truth to the powers that be. Indeed, these are the major causes of the said terrible waste that we find in our country Ghana today.

If all those who claim to be the watchdogs of Ghana, the consciences of the masses and the voice of the voiceless, the Chiefs and Elders of our villages, towns and cities, gather courage and with the notification of the Inspector General of Police, organize Ghanaians to demonstrate against the abandonment of government infrastructural development projects, and also put very serious and reasonable pressure on the ruling government, to complete the said projects, I am very sure that the ruling government will complete the said projects with great speed.

Do we not realize the speed with which our ruling government embarks on development projects, when we are very close to our general elections? The ruling government will work with great speed to do the needful, because it will not like to be stripped of the power that we have given it, to be in - charge of all our resources, more especially, the public purse.

With the greatest respect, unfortunately, it appears, our ruling government sees the citizens as 'fools' that they are trading with and trading with a fool, has it own dynamics.

In view of the fact that those who are actively involved in partisan politics, will not like to lose our votes during our general elections, I would like to appeal to our Traditional Leaders and their communities, to organize themselves to demand an immediate opening of completed facilities in their communities, that are long overdue in making them accessible to them.

Communities that have abandoned government infrastructural development projects, should demonstrate against the abandonment of the said projects and demand immediate completion of the projects.

The effected communities, should make it loud and clear to the ruling government that if it fails to do the needful, it should not make any attempt to come to them to embark on any political campaign.

I think, the above measures for putting ruling governments on their toes, not to take the citizens of Ghana, for a fool, but to do the needful, for the rapid socio economic development of Ghana, will by all means make the unfortunate abandonment of government infrastructural development projects, a thing of the past.

I strongly think that the said measures, can put our ruling governments on their toes, to at least, run to the feet of our Traditional Leaders in our communities, to explain to them, why they will not be able to meet a particular demand.

I am so sure that if we make those in - charge of the public purse, know that we will not sit down for them to collect our taxes and let some of the taxes end up in the drain, the shameful and terrible waste of our resources, will come to an end, and Ghana will be on its way to liberate herself from a handful of people, who have hijacked her for their own parochial interest, to the detriment of majority of Ghanaians.