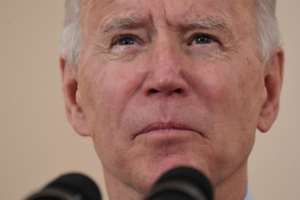 In his first media interface after the Taliban takeover in Afghanistan, U.S President Joe Biden simply owned up responsibility of the events unfolding in Kabul. To the anger of journalists, he walked from the cameras without taking questions. I would do the same. Majority in the world settle for simple things. In Afghanistan they are concerned about the future of the leisure industry, worried for the bar owners and their clients, plus thinking of the rights for half-naked women walking the streets of Kabul. Now no president is going to explain hard strategic things in just under 10 minutes to the press. They are things of the boardroom—of top heads.

The only surprise in the way he reacted is ex-president Donald Trump. He seized the opportunity to question Biden’s judgment over the Taliban return to power. Does Mr Trump remember a single line he signed in the Doha-America-Taliban Agreement of February 29, 2020?

Key in that document, President Trump secured the Taliban commitment of preventing al-Qaeda and any other group from launching attacks against American interests from the Afghan territory. Practically, this was to squarely entrust the Taliban with the security responsibilities of Afghanistan, which implied taking the roles of executive authority. The instrument was also to undermine the future roles of the now ousted Ashraf Ghani government in the proposed new inclusive government.

If there is anything the American intelligence system will ever consider as a treasured gain from their 20-year presence in Afghanistan, it’s the first-hand understanding of the Taliban DNA that is not influenced by media frames. The Taliban commitment to professed values and promises is resilient and thus dependable. When they offered Osama bin Laden sanctuary from his American enemies they never flinched even in face of the American fire-power that threatened to throw them out of government. They lost power and have had to wait this long to regain it. In Kandahar and other operation bases inside Afghanistan in the last two decades, the Taliban stand against corruption has been remarkable and in utter contrast with the overthrown authorities in Kabul. In them, now America has discovered a new outfit of regional allies—whose main value systems coincidentally align with America’s current pursuits in that region.

Like about 70 other countries, Afghanistan under Ghani had in 2016 without blink of an eyelid signed an MoU with Beijing for China’s global flagship project, the Belt and Road Initiative—BRI. Now, despite Chinese embassy officials in Kabul being foremost in welcoming and embracing the Taliban, the new administration will take time to consider sustaining both the hard and soft components of BRI. To sustain these mechanisms will mean compromising treasured values such as accepting interest-based soft loans for the belt road infrastructure. This can never be with the Taliban and practically renders Afghanistan out of that Chinese initiative—a massive score for Washington and like-minded allies.

The new Sunni-Taliban government in Kabul-Afghanistan will not be enemies with Shia-dominant authorities in Tehran-Iran. But they certainly won’t be intimate to the extent of enabling Iran’s global security ambitions.

The old archenemy relationship between Taliban and Soviet Russia may not be rekindled; but Moscow will certainly never recover full appetite to pursue geo-strategic interests within the Afghan territory under the Taliban authority. That’s how America has, so far, outsmarted its trio-global foe of C.I.R—for China, Iran and Russia.

Latest Photo Reports
Catch up with all the political quotes from our politicians.
Advertise here
More Article
ModernGhana Links
Celebration of the Constitution Day: Any relevance?
Nigeria needs more social science research: how to boost output
Rule of law in South Africa protects even those who scorn it
Why The Gambia should fast-track gender quotas for women
Curious Kids: What would happen if all the mosquitoes in the world disappeared?
Book review: how Africa was central to the making of the modern world
Tracing the path of the word of faith or prosperity preachers in Ghana and West Africa
The Determinants of Rural Poverty in Somalia
Informal waste collection shouldn't let plastic polluters off the hook: here's why
TOP STORIES