Africa Must Prepare For Another Wave Of Idle Terrorists from Afghanistan 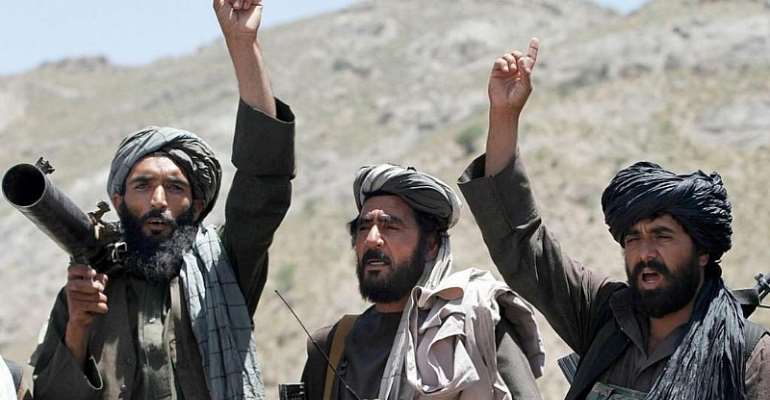 It does not meet reasonable expectations that Americans would stay in Afghanistan longer after defeating their Nemesis, Al Qaeda that shocked and turned most of the world against them for their colossal bombing. American people got tired of nation building after 20 years in Afghanistan at a cost of a Trillion dollars and thousands of lives lost. There is no pretty way to get out since Americans and their three Presidents wanted out. Enough Americans died there!

Africa must not be caught flat footed as the Taliban take over Afghanistan again. We have been forced to learn that once the soldiers of fortune and terror become idle in Lebanon, Iraq and Libya; they search for conquests in Africa. This was how Morocco invaded and destroyed the African Empire of Songhai. Libyan terrorists spread across Africa just as Boko Haram and ASWP had pledged allegiance to ISIS.

If Africans were so adamant about their culture and religion like the Afghans, even if we were crawling, African civilization would have been better off today after almost a century. This was when some Europeans were called Barbarians. Fetish is also common in foreign religions. It could have been sanitized by Africans, the excuses used to change religion.

The days of Crusaders and Jihadists belonged to ancient times but opportunists insist on Sharia that does not affect the privileged leaderships, to capture Africans regardless of our own religion or rich cultural heritage. The first sign of Taliban intolerance when they came to power in Afghanistan. Their 2001 decision to destroy the historic Buddha statues in Bamiyan province drew global condemnation.

Nobody in his right mind would condone the inhuman treatment of women by the Taliban in the areas that have fallen back to them in the name of Sharia, despite promises otherwise. Africans in most communities have come to realize the potential of girls trained to the highest educational standard. No country can tie one hand behind their backs and compete well in the world today.

Taliban gains on the battle ground may not translate into victory in a competitive world where women may be needed outside their homes to contribute to the success of their communities. Indeed, women have led the world's most successful countries out of economic recession and recently at the forefront against the most debilitating disease of our time. How could any rational country handicap itself by their denial of women's contribution?

The easy fall of Afghanistan into the hands of the Taliban is surprising to many of us but expected by some Americans familiar with the area. They claim the battle was lost some time ago after too many troop withdrawals. Though Americans did a great deal to reinforce the Afghan leaders' grip on power, they were helpless against endemic corruption that was crystal clear to the Afghan people.

As usual, corruption compromised efficiency that led to infighting and backbiting, opening the fault lines to the highest bidders as Taliban intelligence took advantage. Whenever people's selfish egos try to outdo one another, they seek the enemy's help. The adage of the enemy of my enemy is my friend.

It also confirms that no power even before the British in the 19th Century has been able to subdue the resilience fighters, proud of their culture and religion, no matter how outsiders consider them abhorrent. Foreign Armies are supporting forces, they come and eventually leave. You have to be willing to fight for your principles, not melt away when foreign soldiers leave. We saw this in Iraq against ISIS until the Iraqi Army got bold enough to fight at home.

However, the euphoria of another regional religious Sharia Power is attractive to those Africans looking for Salvation after they have lost hope and confidence in their own countries. Foreign religion is still attractive as egalitarian communities in Africa for recruits: a way to get out of a caste culture that relegated masses to Talikawa, Eru, Oru, Osu etc form of slavery.

In Africa, unlike Afghanistan, foreigners retain power with religious opium that is passed from one generation to the other. Some have postulated that Africans are sitting ducks that are defenseless against invaders since they also source and sell us our weapons. They would not sell us weapons that are effective against themselves. If anything, they sell us old discarded weapons they can easily crush.

Moreover, there are open invitations from African countries that intentionally leave their Northern borders open to Fulani, Babers and Arabs while closing Southern borders to indigenous Africans. This is the main entry route and encouragement for terrorists looking for the spoils of war through religious doctrine like Sharia.

A political expediency in Nigeria, where the masses are suffering the consequences of incessant terrorist attacks. We pay foreign suppliers of weapons and mercenaries a good percentage from our budgets, leaving little left for adequate welfare and care of Police and Soldiers, resulting in low morale and street extortion for bribes.

We saw what is going on in Afghanistan right now before in Iraq. As soon as the American Forces withdrew, ISIS filled up the vacuum and went through the Iraq borders into Syria. The leader of ISIS then declared himself the Muslim world leader asking all to pledge allegiance to him. Some of the ISIS terrorists crossed into Africa and pledged allegiance.

The difference between Iraq and Afghanistan is, while the American Forces went back and reinforced the Iraqi Army being supported by Iranians, the Russian Forces reinforced the Syrian Army. These forces including the Turkish Army were able to subdue ISIS. It does not exist in Afghanistan as neighboring China, Russia and Iran have recognized the Taliban.

This is why the return of Taliban in far away Afghanistan is a reason to be apprehensive of the repercussions in African countries. There is God everywhere that never discriminates against which land is holier than the other. Indeed, as a result of highly infectious diseases, countries have been advised to pray at home instead of besieging the holy lands of the Christians, Buddhism, Hinduism and Muslims.