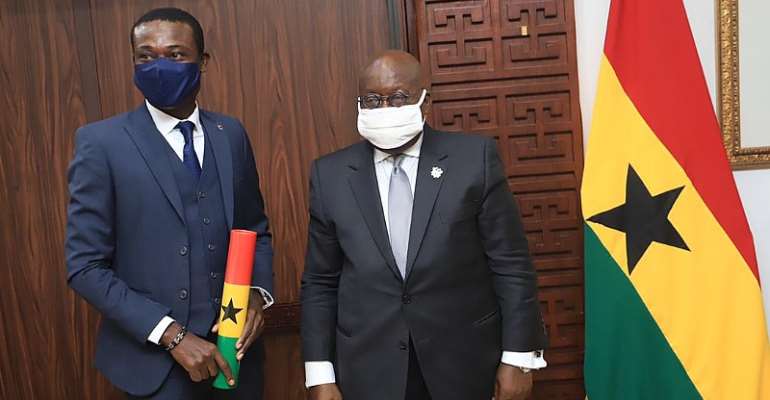 President Akufo-Addo has given the new Special Prosecutor Mr. Kissi Agyebeng the assurance that the independence of his office will be respected at all times.

Today at a short ceremony, the President swore in the Special Prosecutor as he replaces Martin Amidu in the sensitive office specially set up to fight corruption.

Speaking at the ceremony, President Akufo-Addo stressed that Mr. Kissi Agyebeng will have the independence to work with no interference from the Executive and any other part of the government.

“I want to assure Mr. Kissi Agyebeng, like I did his predecessor, that not only will the executive, including the attorney general, respect the independence of his office, but also will provide him with whatever assistance is required to enable him discharge his high duties effectively in the interest of the Ghanaian people,” President Akufo-Addo said.

President Akufo-Addo further noted that in addition, all state institutions will work and cooperate to ensure the Special Prosecutor succeeds.

“Indeed, all institutions of state will work and cooperate with him in the same spirit which he articulated in his approval procedure in parliament”, President Akufo-Addo added.

Meanwhile, President Akufo-Addo has also emphasized that he has no doubt that Kiss Agyebeng will succeed in his new role.

According to the President, the new Special Prosecutor does not only has the capacity and the experience, but he also has the requisite values and intellectual strength to deliver on his mandate.

Mr. Kissi Agyebeng, aged 43, in his new role has been given a seven-year mandate.

At his vetting last month, he noted that while he cannot stop corruption, he will make the act very expensive to deter officials of public offices.