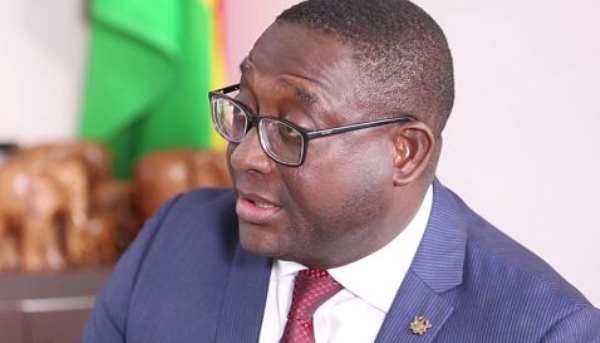 The Director of Communications for the governing New Patriotic Party (NPP), Yaw Buaben Asamoa, says his outfit will work hard to break the eight-year tenure jinx in Ghana's politics since 1992.

Buaben Asamoa noted that the ruling government is well aware of the country’s electoral trends since it returned to multiparty democracy in 1992.

“We need to work if we want to break the eight. It need a collective effort from party members and Ghanaians. Those who have studied Development economics anywhere in the world see anywhere in the world that country that has developed went through this,” Yaw Buaben Asamoa exclusively told Kwaku Dawuro on Accra-based Kingdom FM 107.7during the New Patriotic Party’s 29 anniversary.

Yaw Buaben Asamoa further stressed that the ruling government has created a lot of developmental projects and programs that have propelled the country but the progress been made always see dwindled when the party leaves power.

He added, “It’s a well-known fact that since 1992, the Ghanaian electorate changes the political party that has governed the nation for eight years, no matter the performance of that particular party.”

According to him, the government is focused on bettering the lives of Ghanaians between now and 2024 so that the New Patriotic Party ( NPP ) can retain power come 2024.

“So, it will ordinarily be a risk but it is a phenomenon that we are keen to break. And this expectation that every eight years power changes hands, which is what is informing what they have put out there, is one that we intend to break,” he emphasised.