Mahama hints of 2024 return with latest message to Voltarians 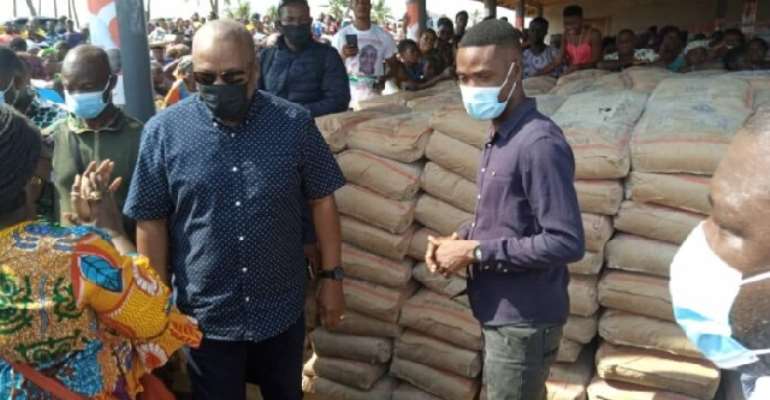 Former President John Dramani Mahama has hinted at contesting for the Presidential seat in 2024 after his ‘He who loses a fight, fights another day’ message to Voltarians.

The leading figure of the National Democratic Congress (NDC) made this expression on Wednesday when he presented building materials and other relief items to victims of a recent tidal waves disaster in Agavedzi in the Ketu South constituency of the Volta Region.

According to him, contrary to assertions that Voltarians disappointed the NDC in the last general elections, he believes that they did their best.

He hence extended his gratitude to the people of the Volta Region for their constant support.

“I want to take the opportunity through you, the people here, to thank all our brothers and sisters in the Volta Region for the strong support you showed for me in the 2020 polls.

“You didn’t disappoint me at all, you did your part and you did your best. And, so, I want to thank you,” ex-President John Dramani Mahama said.

The NDC flagbearer for the last two elections further stressed that nobody should be discouraged with the umbrella party currently in opposition.

Taking inspiration from ‘he who fights and loses lives to fight another day’, John Dramani Mahama said the NDC now needs to turn all attention on itself and plan for the polls in 2024 to ensure the party returns to power.

“Let us not be disappointed and discouraged. They say he who fights and loses lives to fight another day.

“What we have to do is to focus on the party: selecting a flag bearer to lead us again and I’m sure by 2024, by the grace of God, NDC will come back to office,” the former President emphasized.

This is what Akufo-Addo and US Vice President Kamala Harris ...
35 minutes ago