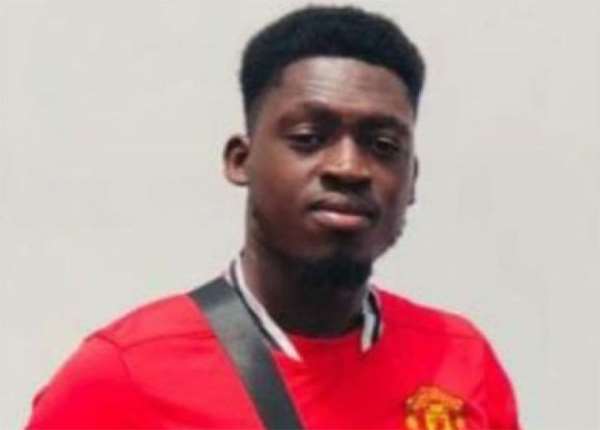 It has emerged that one Louis Asante popularly known as Gago has been identified as the boyfriend of the deceased policewoman Constable Sandra Asiedu was allegedly killed in Damongo in the Savannah Region.

The Ghana Police Service has launched a manhunt for the Obuasi based footballer as the prime suspect in the killing of the policewoman.

The police has therefore appealed to the general public to volunteer information to assist police to apprehend the suspect who is currently on the run.

Suspect Louis Asante travelled from Obuasi to Damongo to visit his supposed girlfriend but met an alleged soldier man ‘boyfriend’ of the deceased policewoman at his residence.

The situation generated an argument between the three of them at the deceased residence on Sunda,y August 1, 2021.

A statement by the police indicated that on August 2, 2021, Const. Sandra Asiedu was found in a pool of blood with wounds from what is believed to be knife stabs.

The police further stated that the crime is suspected to have been committed by her boyfriend, Louis Asante from Obuasi.

Meanwhile, information gathered indicates that the prime suspect Louis Asante is reported to have attempted suicide in Obuasi.

Victor Osei has called on the police to ensure that the suspect is arrested and punished severely for killing this daughter.