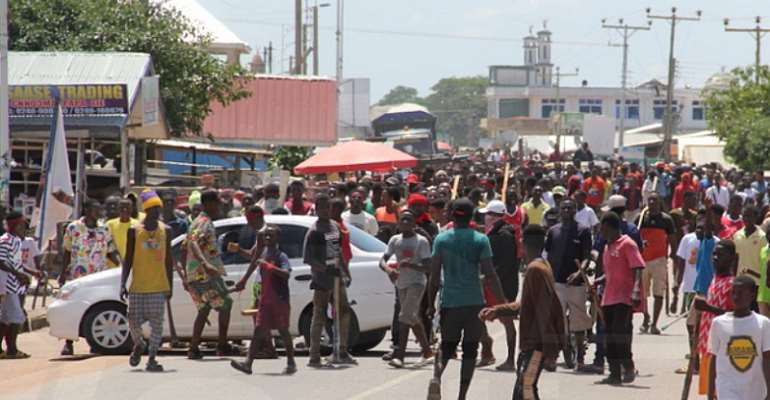 I have spent the past three days trying to understand the background of the 'Ejura' disturbances and the matters arising.

In a nutshell, a concerned citizen, a member of the ruling New Patriotic Party was killed by known assailants for drawing attention to issues in his community that he thinks needs government's attention.

The assailants for obscure and possibly myopic reasons have knowingly and unknowingly set a chain reaction in 'Ejura'.The government in its usual nonchalant manner after days of paying deaf ears to the disturbances has set up a rather window dressing commission to cover its ass.

The posture and the line of questioning of the 'Ejura' commission itself leave much to be desired. It is thus no wonder that the family of the deceased has decided to boycott its proceedings.

In any case, the commission and its set-up is a political strategy to calm nerves and cool tensions. Have we not seen reports of commissions like Ayawaso West Wuagon thrown to the dogs?

My concern is about the management of the rising turmoil in 'Ejura' specifically and Ghana in general.

Despite the prevailing economic hardship in the country, it is better to leave in a peaceful Ghana than a war-torn one. The Ejura case has ramifications for the rising political tension in the country and must be dealt with professionally and not the usual political party affiliated approach we see.

The NPP led government must realise that it is making a series of mistakes that will later define their political positioning in the country. It will be regrettable but will be too late to correct