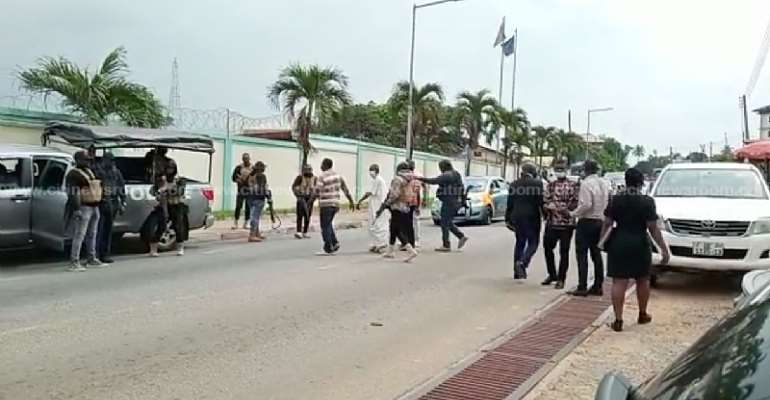 The Asokwa District Court in the Ashanti Region has adjourned to August 12 the case in which three suspects are standing trial over the killing of social activist, Ibrahim Muhammed in Ejura.

The three suspects are Issaka Ibrahim, Fuseni Alhassan, and the brother of the deceased, Iddi Mohammed.

During the first hearing on July 2, 2021, the court remanded the three persons into police custody as their pleas were not taken.

They were slapped with two charges; conspiracy to commit crime and murder.

At the first hearing, the prosecutor, Chief Supt. Kofi Blagodzi, said the initial investigations revealed that the three accused persons conspired to kill the deceased.

He then prayed the court to remand them into police custody to allow them to conduct thorough investigations into the matter, to which the magistrate, Her Worship Akua Adu Boahen agreed.

At the second hearing on Thursday, July 22, 2021, the prosecutor again prayed the court to remand the accused persons to allow for further investigations by the police.

The court then remanded the three suspects into police custody. They are expected to reappear on 12th August 2021.

The third accused person, the brother of the deceased, Iddi Mohammed, was represented in court by a lawyer, although the pleas of the suspects were not taken.

Bawumia calls for greater unity, cooperation between Muslims...
12 minutes ago